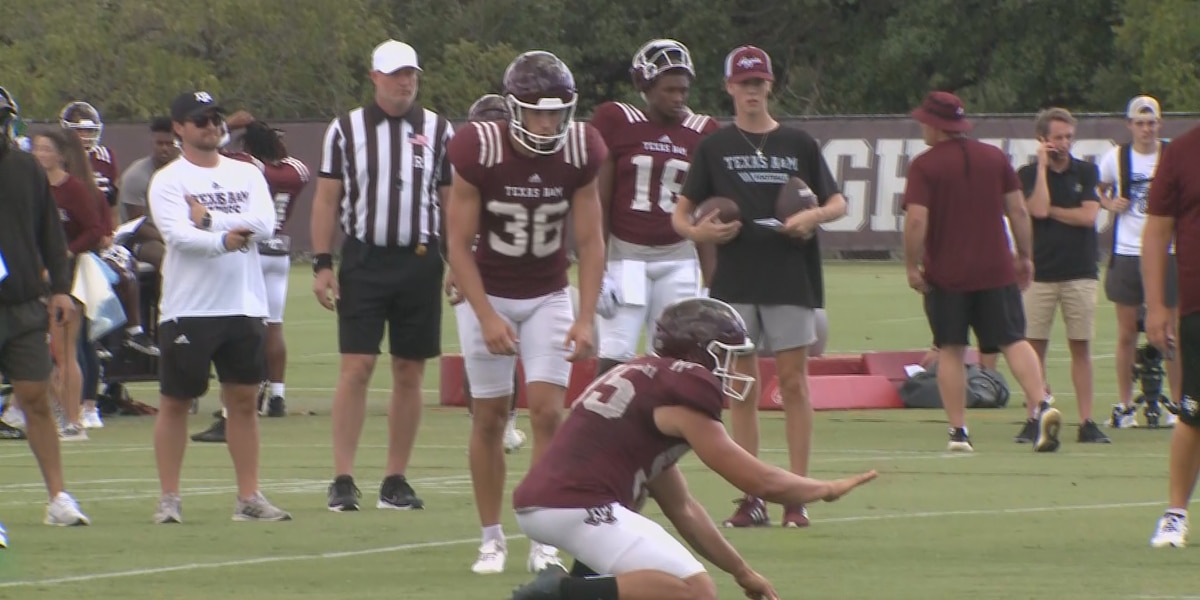 COLLEGE STATION, Texas (KBTX) — The kicking game in football isn’t thought about much unless it’s late in the first half or the game is in play. Then it becomes a point of attention.

This year, the Texas Aggie football team is looking to replace Seth Small who hit some big kicks during his career at Texas A&M. Nothing bigger than the game-winner against Alabama last season in a 41-38 overtime victory.

This season, Caden Davis will be looking to fill Small’s big shoes. The Coppell junior has focused a lot on precision in camp, but he is capable of striking beyond midfield.

“Really, I haven’t pushed my distance too much lately,” Davis said Thursday afternoon. “I tried to focus on the kicks that I will actually give in a match. I didn’t get past 55 yards, but when I try to push the farthest I hit while I was at A&M was 76 yards,” Davis added. He was asked if there was a strong wind behind this kick and he replied: “Yes, it was very windy that day!” concluded Coppell’s junior kicker.

A&M head football coach Jimbo Fisher said Davis’ range was a factor when calling the games. “It definitely is. I know in my career I’ve been blessed with some really good kickers and when you call plays and feel really comfortable in that lineup it can definitely influence how you call the games,” Fisher said.

Caden will graduate on Friday in supply chain management. He will start working on a master’s degree in real estate when the fall semester begins at A&M.