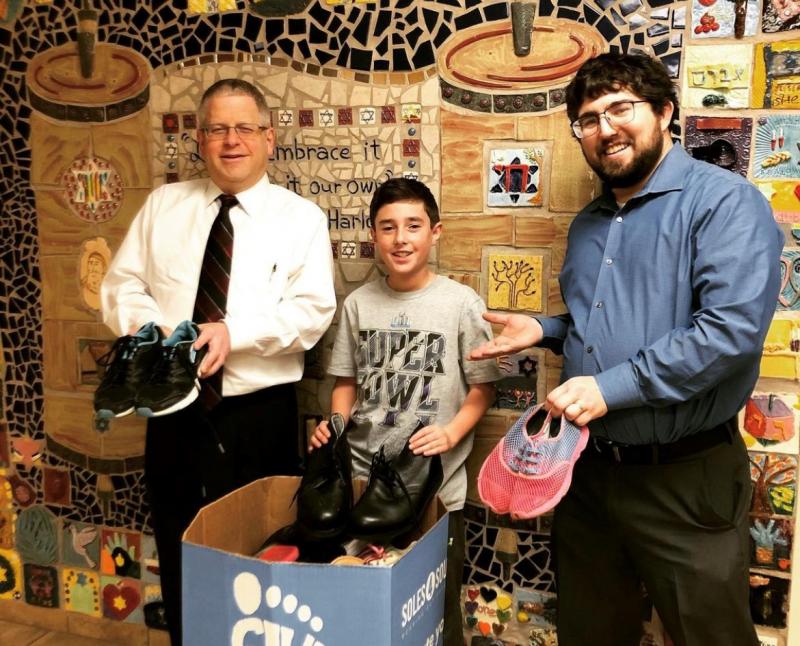 Zachary Miller is like any other 14 year old. He likes to play video games with his brother, he likes sports and he likes hanging out with his friends.

Unlike every other 14-year-old, he collected over 27,000 pairs of shoes for charity. And it’s not even close to being finished.

Zachary hosted another shoe drive on Sunday, May 15 from 9 a.m. to noon at Morris Park in Philadelphia. He has set himself the goal of collecting at least 500 pairs of new and lightly used shoes.

Receive the Jewish Exponent newsletter by email and never miss our top stories
We do not share data with third-party providers.

Zachary has a more distant goal of 50,000 pairs of shoes.

The shoe drive will be part of Love Your Park Week, a Philadelphia volunteer initiative to clean up and maintain local parks. The shoe collection area will be set up near the red tool shed in the Royal Gardens section of Morris Park at 926 N. 68th St.

“I need shoes every day for all kinds of things. One pair of shoes can change someone’s life,” Zachary said.

He urges people to think of the less fortunate and stresses that giving a little can go a long way, especially for people who don’t have much.

His first shoe order began as his bar mitzvah project (he was a bar mitzvah at Beth El Synagogue in East Windsor Township, New Jersey), which he began planning three years in advance after saw his brother working on his project.

Zachary’s family previously worked with an organization called Soles4Souls. The organization works with communities and families to create jobs and break the cycle of poverty while preventing waste from ending up in landfills.

After seeing one of their videos about the impact of a given pair of shoes, Zachary’s decision was made. He was particularly moved by seeing children who lived without shoes.

His first shoe drive was at the Robbinsville Police Department in 2019. But the charity didn’t stop after his bar mitzvah: Since his first shoe drive, he’s worked with more than 80 businesses around the world. New Jersey and Pennsylvania, including the Trenton Thunder. baseball team.

Zachary partnered with 1-800-GOT-JUNK franchisee Eric Blum to transport the shoes to the Soles4Souls warehouse in Bordentown, New Jersey.

“I realized that I could do more [to help]. Anyone can do what I do,” he said, explaining why he continued to collect shoes even after his project ended.

Many of the shoes he collected went to places like Haiti, Honduras and countries in Africa, Zachary said. The shoes are used to provide disaster relief and help needy families start businesses to support their local communities using the donated shoes.

Going forward, Zachary plans to continue working with Soles4Souls, and he hopes to travel with the organization and help deliver the shoes.

The association is looking for volunteers. For more information, visit his website at soles4souls.org/.