Big shoes to fill – an early review by Danny Ward 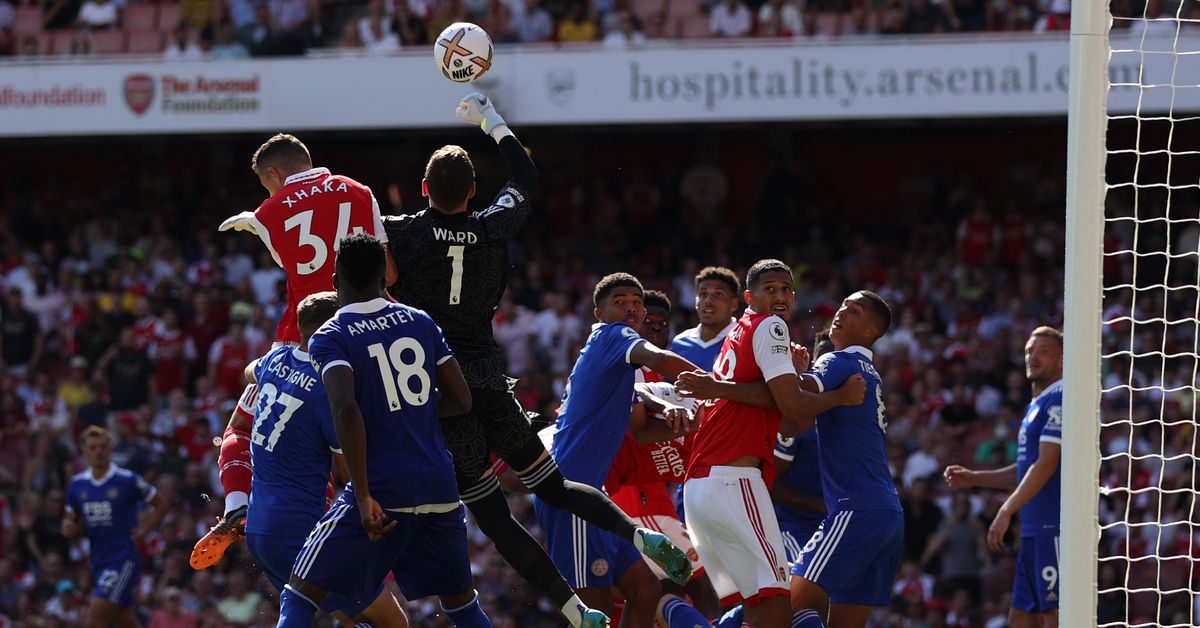 Whenever a club legend like Kasper Schmeichel leaves, fans will always be watching closely for his replacement. And that’s especially true for someone like Danny Ward who’s been waiting for his chance for four years, while Brendan Rodgers has called him ready to be a Premier League #1.

Leicester City fans were willing to give him that chance, but conceding 8 goals in 3 games has diminished that confidence (amongst the Twitter and YouTube response guys at least). Daniel Iversen saving three penalties against Stockport won’t help Ward’s case much either. So while not a huge sample, I wanted to take a look at Ward’s game this season.

In 3 matches, the new #1 faced 36 shots including 13 on target (17 off target and 6 blocked). 8 goals from 13 shots on target doesn’t sound great for a goalkeeper, but let’s see if we really should have expected better from Danny.

Looking at the numbers, those 13 shots led to around 5 Post-Shot xG (essentially expected goals based on where the shot was actually going, not just where it was fired from). So he’s giving up about a goal per game more than the data would expect for an average keeper.

But let’s watch a movie. Against Brentford, he faced 3 shots on target. He saved the first with a straight shot at him, but I think it’s fair to say that saving either of Brentford’s two goals would have been totally unexpected.

Arsenal had 7 shots on target, and Ward could do nothing against Jesus’ initial two goals. The first was deflected just over his fingertips and I’m not sure anyone saw it coming, while the second was due to other Leicester errors giving Jesus a free head. Ward got flat and wide to deny Jesus a hat-trick (and avoid a final tackle from Ndidi), but I don’t think it was an abnormally good save. Nothing to say about the third goal except that it was a huge handling error. I noticed he didn’t even try to save Xhaka’s shot. Obviously a much harder reaction in real time, but something to watch out for because one thing we could rely on was that Kasper always gave 100%.

Martinelli put in Arsenal’s fourth goal quite brilliantly and Ward made some decent saves after that. But generally the trend continues that he saves what he should and doesn’t really seem to want to make spectacular saves. Southampton’s two goals, on the other hand, came relatively close to Ward, but with such power that I didn’t expect a save on either.

In general, I think it’s fair to say that Ward’s statistical “underperformance” so far is largely due to opponents’ excellent finishing. But if the trend continues throughout the season, I think we’ll have to start asking broader questions about his positioning, his reactions and his dive.

A few other things to watch out for:

Admittedly, these statistics depend a lot on our way of playing and our defensive organization. But as they stabilize through the season, I think they’ll tell a fuller story about Ward’s style of play, because for the most part it’s still a mystery. The grass will always be greener with a keeper of Iversen’s potential on the bench, and Ward has work to do to build confidence in his abilities. But with Leicester’s level of investment in him, I think he’s done enough to keep the starting job and let the team settle in with him for at least a few months after the transfer window closes. .