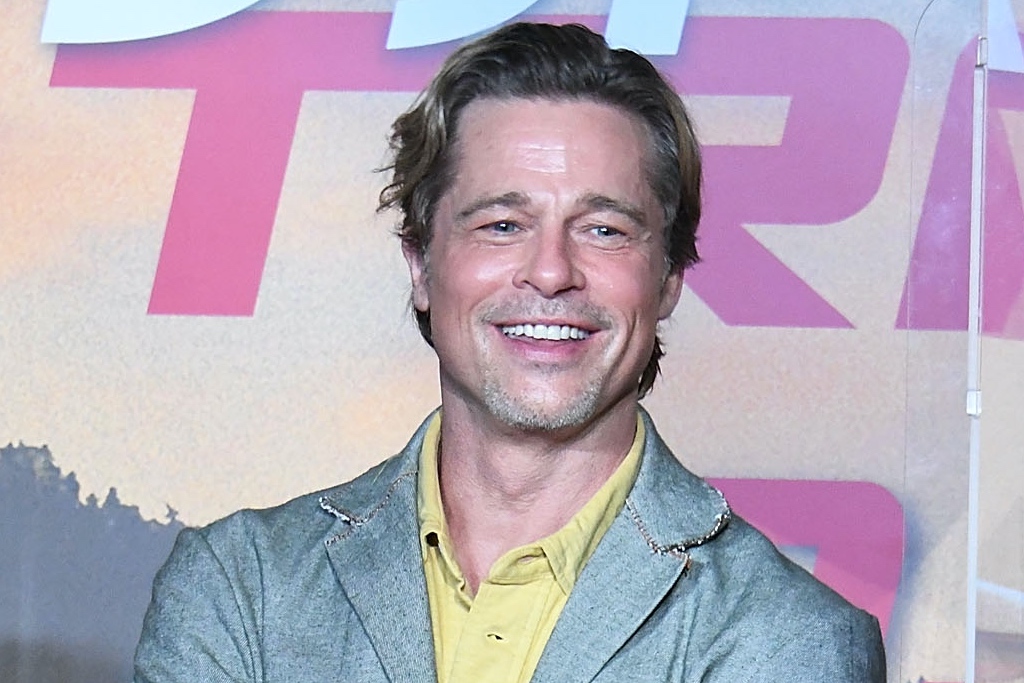 Brad Pitt has rebooted his laid-back approach to the press tour style for “Bullet Train,” kicking off the film’s promotional press in Asia this week.

While in Japan, Pitt continued his groovy costume streak at Toho Cinemas Kyoto on Wednesday, arriving with co-star Aaron Taylor-Johnson in an understated linen suit. Her gray blazer and drawstring pants each featured raw stitching, adding a contemporary and utilitarian touch to her ensemble. To complete the set, a dark yellow polo shirt, as well as a gold chain and pearl bracelets.

As for footwear, the “Troy” star also continued her recent penchant for tonal sneakers on the red carpet in a pair of Adidas Gazelles. Its indoor version of the silhouette – originally from 1979 – featured dark red suede uppers punctuated with Adidas’ white Three Stripes. Finishing the pair were flat brown gum rubber outsoles, giving them a retro appeal.

However, that wasn’t Pitt’s only sharp look during the Japan press tour for “Bullet Train.” Along with Aaron Taylor-Johnson, David Leitch and Kelly McCormick, Pitt promoted the film at the Koyasan Tokyo Betsu-In temple on Tuesday in a brown linen zip-up jacket and drawstring pants, paired with a rose-red t-shirt. A set of white slip-on sneakers completed her ensemble for the occasion.

Pitt is known for his dapper statements on the red carpet, often including shiny black lace-up brogues and slip-on loafers. The “Killing Them Softly” star also makes unusual footwear statements at formal events, ranging from suede Chelsea boots to white lace-up chukka boots. Outside of work hours, however, Pitt’s style veers bohemian with slip-ons from SeaVees, as well as lace-up sneakers from brands like Vans. The actor is also known for sparking trends, such as the sold-out Minnetonka boots he wore in “Once Upon A Time in Hollywood,” causing a waiting list of over 2,000 people.

Check out Pitt’s red carpet looks over the years in the gallery.