Brady Oliveira ready to step in and replace Andrew Harris 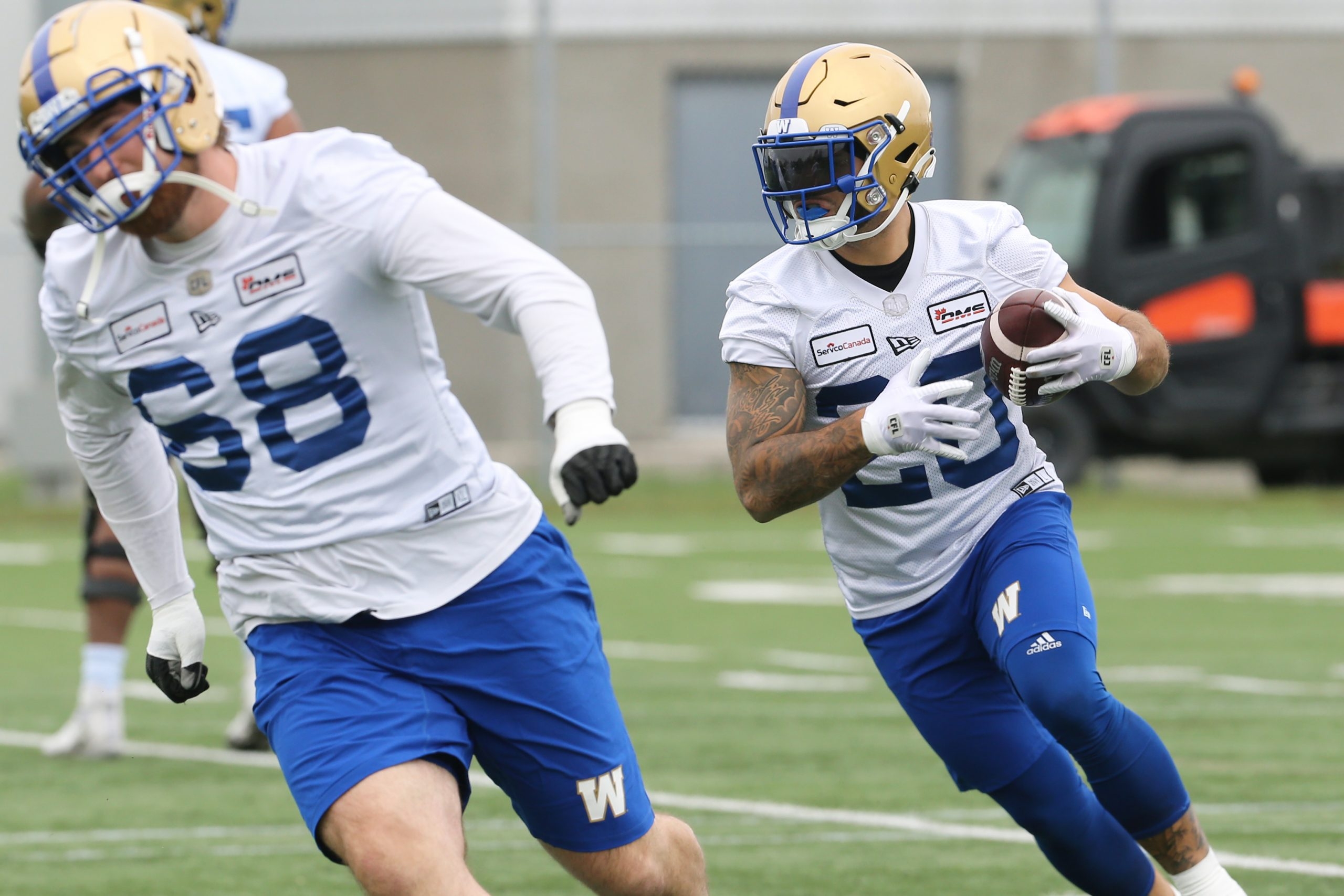 When local legend and future Hall of Fame running back Andrew Harris left the Winnipeg Blue Bombers this offseason, Brady Oliveira knew it was time to start writing his own name in the history of Winnipeg football. city.

After winning three CFL rushing titles and two Gray Cups in five seasons with the Bombers, the 35-year-old Harris signed with the Toronto Argonauts in February.

As 24-year-old Oliveira waited in the wings, the Bombers were unable to find a salary number and the promise of a satisfying role for Harris.

The day he left, Oliveira became the Bombers’ backfield man and he certainly looks ready to take on the job up front.

“We all knew this moment was coming and it was just this season,” Oliveira said. “I am extremely excited about the opportunity that is before me. I have big shoes to fill but I work extremely hard. I’ve had a lot of success and I’m going to keep playing Brady style football and it’s going to work.

Oliveira won’t be alone in the Bombers’ backfield. Johnny Augustine also got to see a lot of snaps and has proven in the past to be a dynamic runner and passer.

However, Oliveira was the first to win the ball back last year when Harris was injured and there’s no reason to think it will be any different this year.

“Everything Andrew has taught me over the years I really appreciate,” Oliveira said. “He considered me like a little brother and he worked with me a lot. I tried to model my game after certain things it does.

“He’s one of the greatest running backs in Canada to play this game. I appreciate everything he’s done for me, but now it’s time for me to take over as running back.

The Bombers were supposed to play a preseason CFL game on Victoria Day in Regina, but that game was moved to the schedule due to the now-over players’ strike.

The Bombers and Saskatchewan Roughriders will now meet May 31 in Regina, up from May 23.

The move was made to allow both teams time to prepare after missing four days of training camp as a new collective bargaining agreement was negotiated between the players and the league.

“It’s nice to have two preseason games,” Bombers head coach Mike O’Shea said. “If you only had one, it’s difficult to assess the players.

It’s important to make sure they added that second pre-season game. Even though there were no pre-season games, like last year, we were still able to evaluate and find some players. If they train well and play well and are committed to meetings, we will find them. It’s good that we got the second one.

The Bombers will now open their preseason schedule on May 27 at IG Field against the Edmonton Elks. They will only have three days off before playing again on May 31.

It is likely that they will use many different players in both games.

The Roughriders will have to play two games just three days apart. They are scheduled to play in Vancouver against the BC Lions on June 3.

The Bombers are scheduled to open the regular season at home on Friday, June 10 against the Ottawa Redblacks.

‘SKY IS THE LIMIT’

Now that the task of negotiating a new CBA is complete, Bombers Player Representative and CFLPA Vice President Adam Bighill is back to ponder what his team can do this season.

The Bombers won the Gray Cup in 2019 and 2021 (there was no season in 2020) and they brought back most of the players who made them back-to-back champions.

“I feel like the sky’s the limit,” Bighill said. “We’ve got a lot of great guys who’ve been here and won the Gray Cup and we’ve brought a bunch of great new guys into the fold. Time to find out how everyone fits together.

“Every year is a new journey and you have to take it and earn it every year. It’s no different now. It is a building process. We haven’t done anything and we have to keep going out and remembering it and earning it every day.

COLLAGE DURING THE STRIKE

Although they were unable to practice formally during the strike, the Bombers players were housed and fed as a group, as they normally would be at training camp, which gave them the opportunity to establish a link.

“The big part of camp is you live together in the same dorms, you eat lunch together,” quarterback Zach Collaros said. “Obviously we all miss our families and want to be with them, but at the same time we’re all trying to get to know each other.

“We didn’t have a lot of time on the court, so we had more time playing cards, watching basketball games, watching hockey games, that sort of thing. Reuniting with old teammates and meeting new faces, so that was cool.

Sign up to receive daily news from Calgary SUN, a division of Postmedia Network Inc.

Thank you for your registration!

A welcome email is on the way. If you don’t see it, please check your spam folder.

The next issue of Calgary Sun Headline News will soon be in your inbox.

We encountered a problem during your registration. Try Again