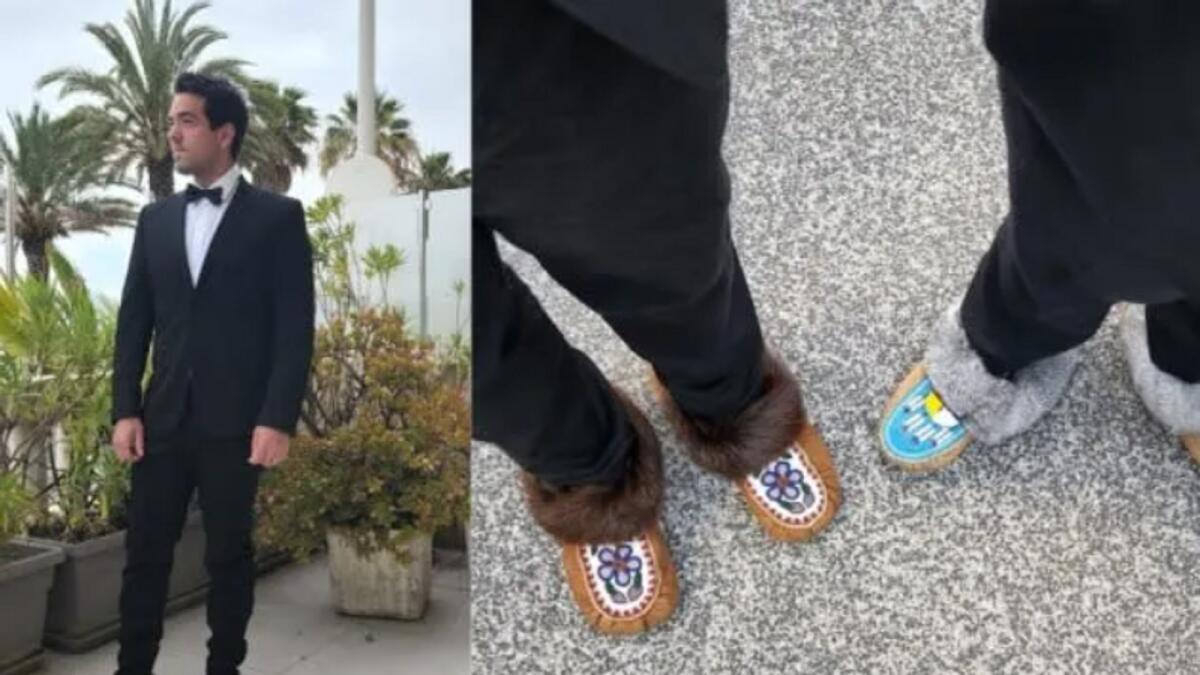 Indigenous Canadian filmmaker Kelvin Redvers was denied access to the red carpet at the 75th Cannes Film Festival because he was wearing traditional loafers, he told Canadian media on Saturday.

The director is a member of the Dene Aboriginal community and grew up in the Northwest Territories of Canada.

“I grew up around my culture on the land, and moccasins are very important,” he told CBC.

“I understand that there are certain rules regarding the dress code on the red carpet, so I figured if I wore a tuxedo, bow tie, and a piece that showed I was Indigenous, that would be okay.”

Redvers added that moccasins “are highly regarded as traditional and formal clothing” in many cultures in Canada.

The director had traveled to France with a delegation of indigenous filmmakers and had been invited to the premiere of “Les Amandiers” by Franco-Italian actress Valeria Bruni Tedeschi on May 22.

Festival security officials, however, banned him from stepping on the red carpet, Redvers told several major Canadian media outlets. He was only allowed to return once he had changed his shoes.

“It’s a bit difficult to process things like that. I was almost, and even now when I think about it, (it) makes me a bit angry. I was disappointed. I was angry” , he explained on his return to Vancouver, British Columbia.

The brown loafers had been made by Redvers’ sister, and he said he was “excited” to wear them at a significant time in his life.

“Every time I wear them it’s (the) best feeling, of being connected to family and Dene roots,” he said.

Hours after the incident, the filmmaker said he met senior festival officials, who apologized and invited him to wear the shoes on the red carpet during the presentation of David Cronenberg’s ‘Crimes of the Future’ Monday.

Redvers said on Facebook that he hopes the incident will help send the message around the world “that Indigenous cultural attire is totally acceptable in formal settings like the red carpet.”