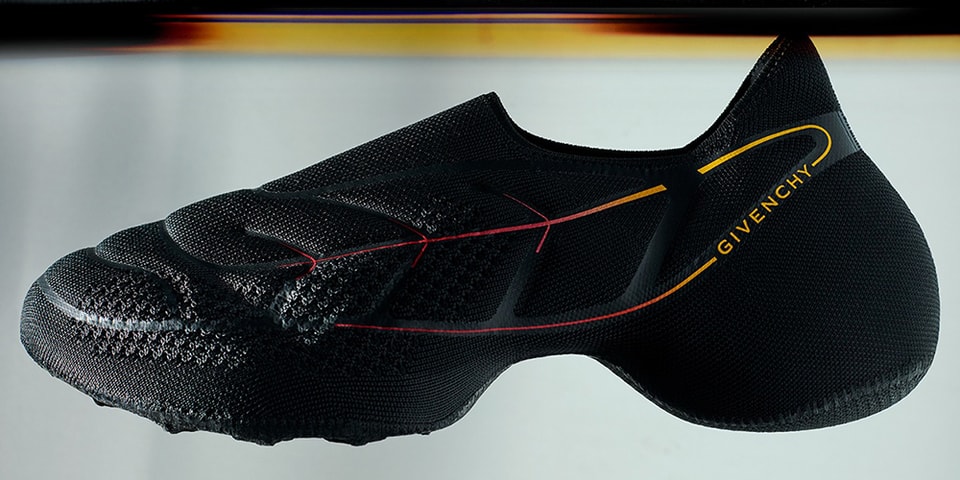 Matthew M Williams’ tenure at Givenchy brought cutting-edge products like 3D-printed nylon sunglasses, a slew of clog-inspired footwear, and an all-encompassing recontextualization of luxury. Foreground are numbers like the TK-360 sneaker, a pair so loved by Williams himself that he chose to spotlight it in his issue of Sole Mates. Now the luxury fashion house has launched its TK-360+ update, a pair first seen in March and later in the Fall/Winter 2022 runway.

Unlike the style that preceded it, the TK-360+ is a laceless model that doubles the technical execution. Here, visual innovation is enhanced with a one-piece upper interwoven with distinctive sportswear-style stripes that give the sneaker shape and dimension. The sole, specially developed by Givenchy for this shoe, extends from the upper of the shoe and features unique treads for stability and traction, while not disturbing the balance of the sneaker.

The embossed graphic grid on the upper is actually heat-sealed lines, and each of the three colorways (white, black or grey) is decorated with its own contrasting gradient. It’s most notable on the black pair, which ushers in a retro-futuristic racing aesthetic.

Givenchy’s new TK-360+ sneaker can be seen in the gallery above and purchased online or in-store now for $995 USD.

In other news, Song for the Mute is releasing 100 pairs of their upcoming adidas Originals SUPERTURF collab.