‘I have big shoes to fill’: Gabelli School of Business undergoes transition into deans 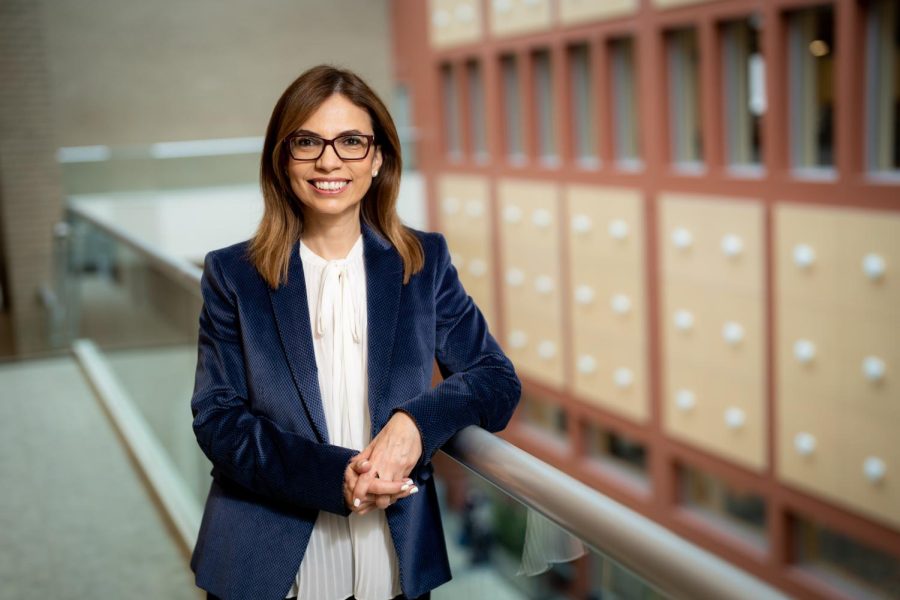 In a E-mail from the Fordham Community Provost’s Office sent on April 11, Dennis C. Jacobs, Provost and Senior Vice President for Academic Affairs, announced the decision of Gabelli School of Business (GSB) Dean Donna Rapaccioli to leave the post. Lerzan Aksoy, Professor and Associate Dean of the GSB, will serve as Acting Dean effective July 1, 2022.

“For more than fifteen years, Donna has advanced Fordham’s business programs through her distinguished service as Dean,” said Jacobs. “She is thrilled to now be able to return to Gabelli’s faculty and once again dedicate herself to teaching, learning and research.”

Rapaccioli explained that his decision to join GSB was driven by his appreciation for the institution’s students, faculty and staff, as well as his passion for teaching accounting and pursuing his research interests.

She was assistant instructor of accounting from 1987 to 1989 and achieved tenure in 1993, where she served as assistant professor of accounting for six years and associate professor of accounting for 15 years until she accepted the position of dean of the GSB. “I was able to see the curiosity and passion of our students and teachers from a new angle. They were curious and ready to make the world a better place through business,” she said of her time as dean. “I was also very motivated to work with our outstanding faculty to build an even stronger school.”

Rapaccioli also mentioned the initiatives she was involved in launching, such as the Responsible Business Coalition or the PVH Challenge, as well as the mentorship of Mario Gabelli.

“When faculty share with me the news of a recent publication or an excellent educational achievement, or when our administrators are able to support our students, I am thrilled to witness their success,” he said. she declared.

She added that the launch of the doctoral program was also one of her most proud accomplishments.

Throughout her tenure as Dean, her favorite memories include seeing students come up with real-world solutions to business challenges in competitive settings at events such as the Gabelli School Consulting Cup or the Wharton Challenge. Rapaccioli also mentioned initiatives she helped launch, such as the Responsible Business Coalition or the HPV Challengeas well as the mentorship of Mario Gabelli.

Her successor, Lerzan Aksoy, began her career at Fordham in 2008. She began working alongside Rapaccioli as the Gabelli School overhauled core undergraduate business and implemented the integrated business foundation course. Aksoy highlighted some of GSB’s achievements under Rapaccioli’s leadership, such as unifying the Graduate School of Business Administration and the Undergraduate College of Business Administration, rename GSB after a gift from Mario J. Gabelli, and establishment the Gabelli School of Business program at Lincoln Center.

Aksoy described Rapaccioli as always handling pressure and adversity with calm and compassion. She added that Rapaccioli finds value in all people and their contribution.

Aksoy believes Rapaccioli’s vision, compassion and ethical leadership have contributed to his success. She pointed out that Rapaccioli is a champion of assignment of GSB, helping the college grow rankings.

“She has been a driving force behind the current mission of the Gabelli School of Business, which is to educate compassionate global business leaders who will use the power of business to drive society forward,” she said. “This mission reflects Fordham’s Jesuit ethos and sets us apart as a business school.”

Aksoy described Rapaccioli as always handling pressure and adversity with calm and compassion. She added that Rapaccioli finds value in all people and their contribution.

“She thinks we can all make important contributions,” Aksoy said. “As part of this core belief, she encourages women to take on leadership roles.”

Regarding her personal achievements, Aksoy cited the position of Associate Dean for Undergraduate Studies and Strategic Initiatives, work on the launch of responsible business coalition and the American Innovation Index and Social Innovation Index.

Her goal as Acting Dean of the GSB is to build on this momentum during the transition period, cultivate external partnerships and enhance the school’s visibility.

“I have big shoes to fill. My goal is to reinforce the solid reputation of the Gabelli school,” she said.

Joseph Marraccini, Gabelli School of Business at Fordham Rose Hill (GSBRH) ’22, is currently a student in Aksoy’s Marketing Strategy class. He praised her efforts to maintain classroom engagement and bring in relevant speakers.

He looks forward to Aksoy continuing to put students first and implement an innovative approach to GSB initiatives with a focus on empathy and emotional intelligence.

“Dean Aksoy consistently keeps the class engaged by linking textbook material to current trends,” he said. “She encourages us to use the classroom to guide us and to learn as much as possible not only about the material, but also about ourselves.”

He looks forward to Aksoy continuing to put students first and implement an innovative approach to GSB initiatives with a focus on empathy and emotional intelligence.

Quinnivan Raudat, GSBRH ’22 and another student in Aksoy’s marketing strategy class, hailed the course as one of her top class experiences at GSB.

“My experience with her was probably one of the best experiences I’ve had at Gabelli,” she said. “She’s a really wonderful teacher in the sense that she constantly wants to improve her teaching style, which I think is a rare trait in your teachers.”

Raudat said Aksoy welcomes feedback on topics ranging from guest speakers to midterm reviews. She noted a specific instance in which the reception of an anonymous Q&A feature used by the class to interact with a guest speaker was overwhelmingly positive, leading Aksoy to implement the feature in all future lectures.

“She makes quick turns and she wants adjustments. Whether the feedback is positive or negative, she wants them,” Raudat said. “I think she will end up being (someone) who is constantly trying to improve. and realize that we can continue to work towards perfection. She knows you don’t have to be comfortable with (what) you have – you can constantly work on it.

She highlighted Aksoy’s ability to connect with students and create an environment of comfort, adding that “she goes beyond tradition. There’s always a divide between faculty and students, and she has a great way of transcending that and bringing out the humanity on both sides.

“I really hope to continue helping people in new ways. It gives me such joy to play a role, however small, in someone else’s success,” she said.