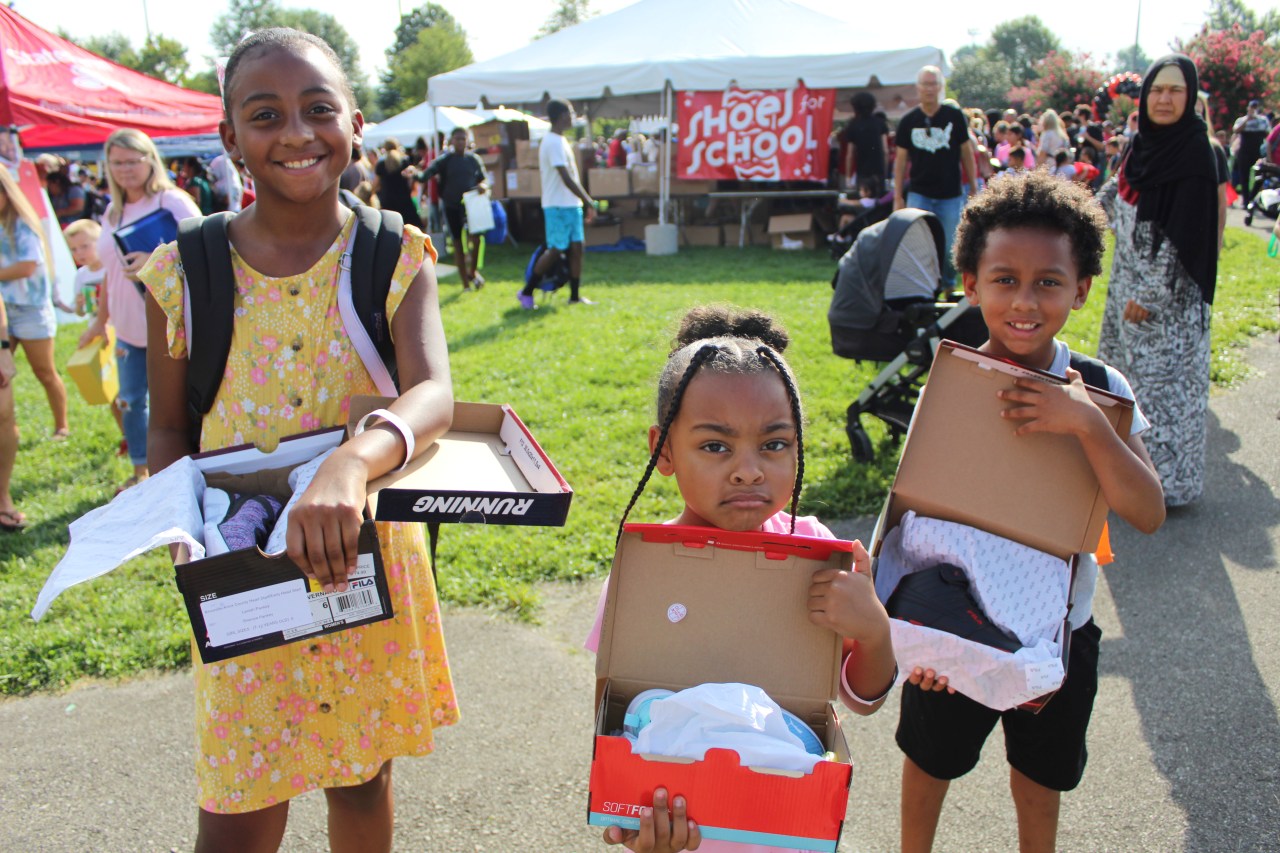 For the event’s 20th anniversary, community partners and the Knoxville Area Urban League worked together and doubled the number of children who received shoes from last year.

Nearly 1,700 pairs of shoes were provided to students and it is estimated that more than 3,000 picked up school supplies, according to the Knoxville Area Urban League.

Each year, families and volunteers look forward to participating in the community event. Children from families in need were able to pre-register to receive shoes through nonprofits, and school supplies were made available to children who attended.

During the event, New Directions Health Care Solutions nurses are also administering free COVID-19 vaccines. Community Health Navigators from the Knoxville Area Urban League also offered educational information to attendees. The Knox County Health Department had representatives on hand to verify which vaccines children needed to start school, as well as information on where and when they could get them.

Attendees also enjoyed food, games, inflatables and free items set up by the booth’s 44 sponsors, who represented businesses, civic and nonprofit organizations, churches and others.

The back-to-school party was presented by sponsors Covenant Health, Pilot Company and TVA. Children’s Hospital of East Tennessee and Boston Government Services also supported the event. Booth sponsors included the Second Harvest Food Bank of East Tennessee, which distributed food and fresh produce to families to prepare for the busy school year ahead.