McLaren’s new trainers are faster than their Formula 1 cars 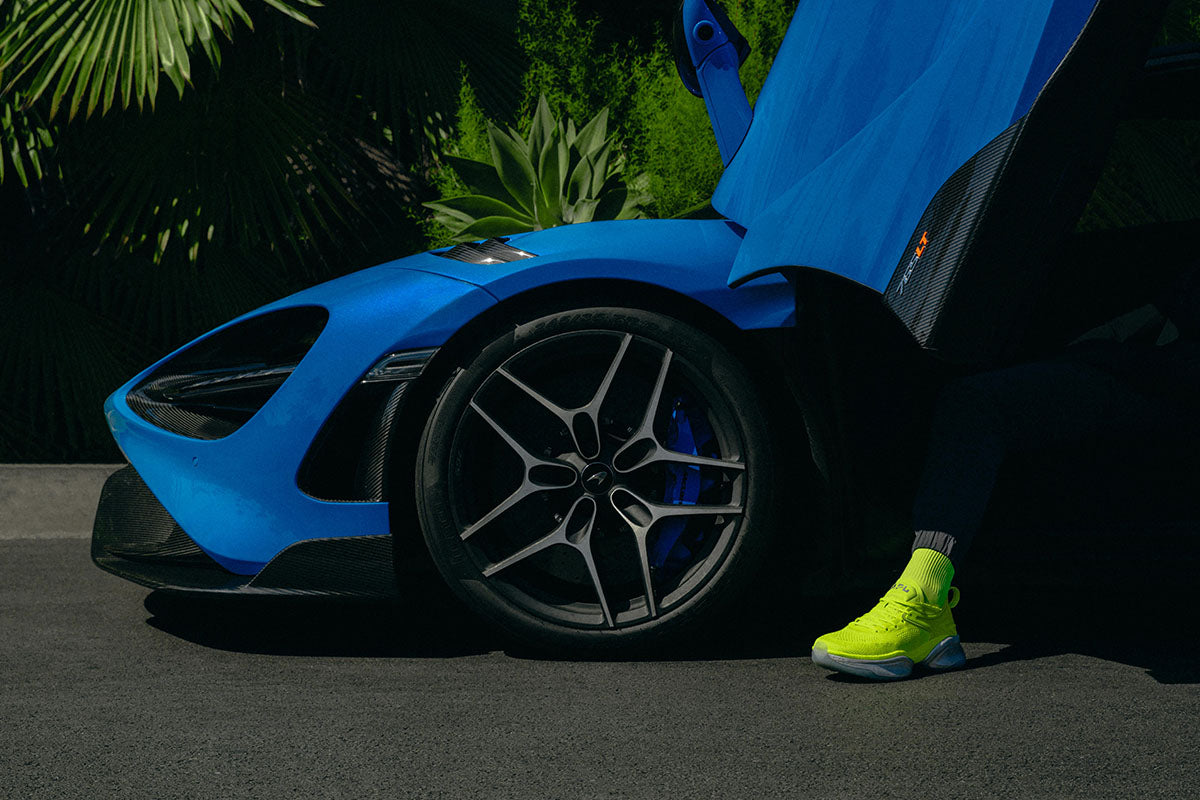 These days, Formula 1 teams aren’t just motorsport outfits, they’re luxury brands in their own right… And now one of the sport’s most iconic teams, McLaren, has expanded into the sneaker world with a high-octane collaboration..

Not only are the shoe’s colorways and rounded angles reminiscent of McLaren’s exotic road cars, but there’s F1 and supercar-inspired tech in the sneakers too. They feature a carbon fiber upper, nitrogen-infused soles and 3-part heel padding inspired by the seats of McLaren’s top-of-the-range Senna hypercar.

Also like a McLaren car they are damn expensive. At AU$747, these are APL’s most expensive sneakers to date… No wonder they call them ‘the pinnacle of luxury performance’.

For comparison, a pair of Nike Air Zoom Alphafly NEXT% – the trainers that controversially helped Eliud Kipchoge break the 2-hour marathon barrier in 2019 – will set you back “only” AU$370 (that’s less than half the price of HySpeeds).

This collaboration is the latest in a growing line of collaborations between McLaren and luxury brands. McLaren has long worked with ultra-high-end watchmaker Richard Mille on exclusive models, and last year worked with cult luxury fashion label Rhude on a one-of-a-kind (and equally expensive) clothing capsule collection.

“Collaborative licensing relationships are absolutely what we try to do, whether it’s sunglasses, sneakers or streetwear… [we want to] stay culturally relevant,” said McLaren Chief Marketing Officer Gareth Dunsmore. Bloomberg.