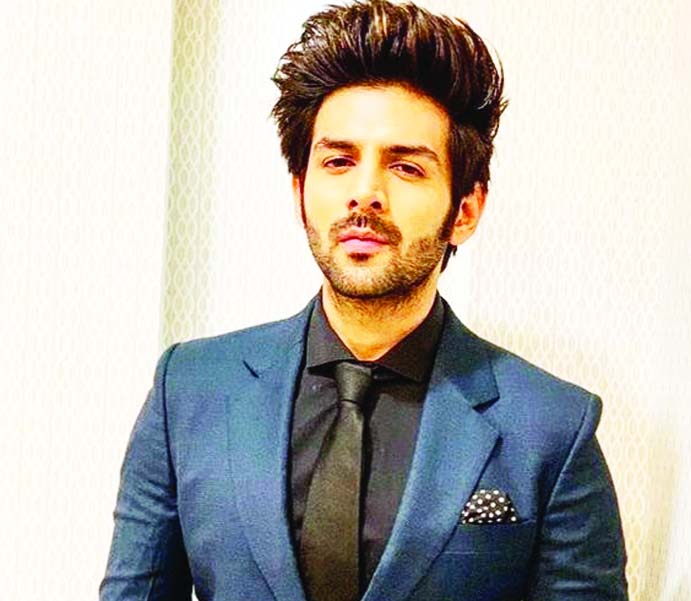 Bollywood actor Kartik Aaryan’s Bhool Bhulaiyaa 2 is successfully running at the box office with a collection worth Rs. 100 crores and more. After its release, Aaryan flew to Kolkata on Saturday to talk about his film, the first part of which was almost portrayed by veteran actor Akshay Kumar.
Souvik Ghosh brings excerpts from his interaction with the young actor.
The film is grossing Rs. 100 crores. How does that feel?
I feel really excited. As we speak, the movie has crossed Rs. 100 crores maybe. I’m really pleased with the response, both in terms of box office receipts and critical acclaim. It exceeded all of our expectations. I hope this race continues. Looks like the movie was released this weekend and that’s the beauty of Bhool Bhulaiyaa 2.
Comedy and horror are considered difficult genres. What drew you to Bhool Bhulaiyaa 2?
Comedy, horror and also Bhool Bhulaiyaa 2. When I read the script, I liked its twists and the climax. The script really captivated me. I was also excited because I was doing the horror-comedy genre for the first time. I’ve been part of comic situations or comic movies but not with horror. So the horror part with the comedy made it more exciting. I had the opportunity to give some typical expressions. So it was a win-win for me.
The storyline of Bhool Bhulaiyaa 2 is different from the first one but you saw Akshay Kumar playing the key role in Bhool Bhulaiyaa. What was your first reaction to the screenplay when it was offered to you?
I was really excited when I got the opportunity to work at Bhool Bhulaiyaa 2. I wanted to grab this opportunity. I was really happy that the producer, director and people associated with the film believed in me that I could carry a film as Bhool Bhulaiyaa 2. Coming to Akshay sir, no one can take his place. He’s a superb actor who played so brilliantly in the first version. I was his fan. I never pressured myself trying to fill his shoes. Fortunately, I never felt the pressure because the story and the character were different.
How difficult was learning Kathak for the tandav song and Bengali for a monologue in the film?
It was very difficult. Movements and all were difficult. Mr. Chinni Prakash and his team spared no effort to teach me. We did many rehearsals to get the dance right. I did a lot of western, hip-hop, but this dance was a mix of Tandav and Kathak. So it was very difficult for me. It was a good collaborative effort.
For Bengali, I had a tutor who taught me with accents. It was important to me to be perfect with even the smallest accents. It was hard for me. Also I had to double as well as during the scene. Since I was speaking Bengali for a long duration for the first time, I was facing some grammatical errors but finally we succeeded. I was really and happy with the kind of reactions that got out of that scene.
(IBNS-TWF)