Poll: Which player wore the best sneakers at the 2022 NBA All-Star Game? 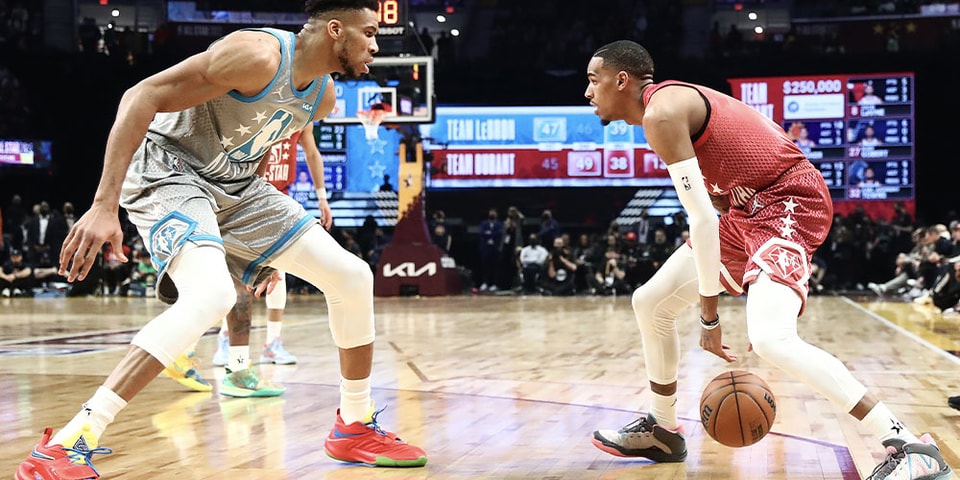 Team LeBron took on Team Durant and clinched a 163-160 victory where LeBron James scored the winning shot. The first three quarters were pretty relaxed and saw NBA veterans and rising stars working together for a good cause. However, the elite players still managed to separate themselves from the rest of the group with Steph Curry hitting 50 points and a record 16 three-pointers. Curry received the Kobe Bryant MVP award.

While the accomplishments were remarkable, so was the shoe game. The on-field collection might have any fan spinning their hands with some of the most sought-after pairs running up and down Rocket Mortgage FieldHouse. Giannis Antetokounmpo wore the UNO x Nike Zoom Freak 3 and LaMelo Ball was seen in PUMA MB.01. Devin Booker sported his trusty Nike Zoom Kobe 5 PE and Steph Curry showed off his marksmanship with a pair of neon pink Under Armor Curry Flow 9s. DeMar DeRozan wore both the Nike Zoom Kobe4 “Ginobili” PE and the regular Nike Zoom Kobe 5 PE. The King himself had his own shoe change between the Nike LeBron 9 Low “Reverse LeBronald Palmer” and the Nike LeBron 9 “Big Bang”.

Take some of the best sneakers spotted at the All-Star Game above and take a poll to see who you think had the best pair of sneakers this year.