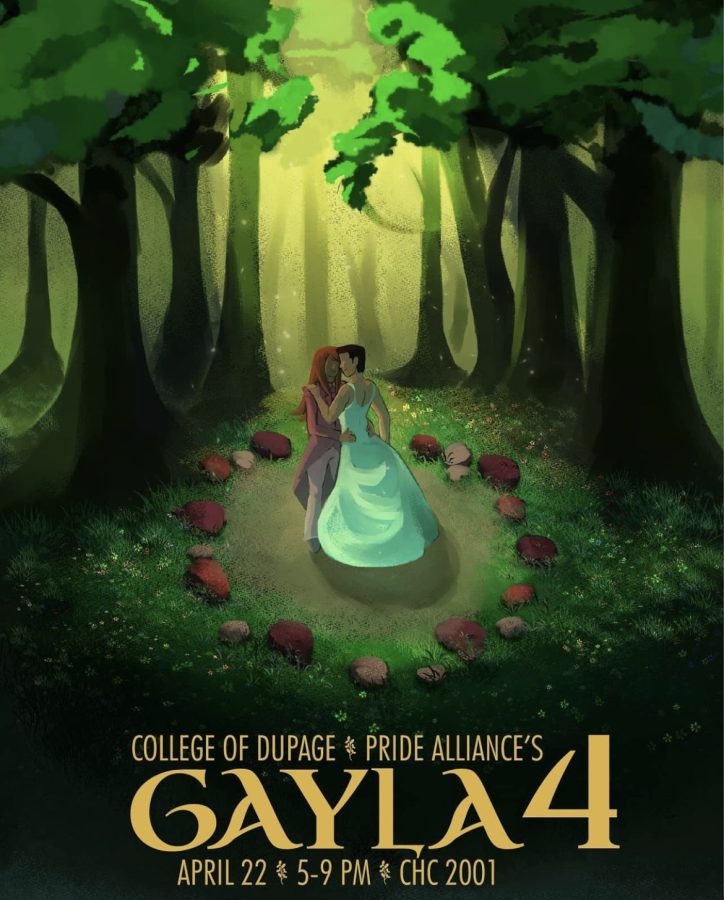 COD Pride Alliance is hosting a second chance prom for gay college students for the first time since the pandemic.

LGBTQ students often don’t experience prom as a joyous occasion. COD’s Pride Alliance aims to address that issue with this year’s Gayla, a second-chance ball for members of the LGBTQ community.

Prom is one of those keepsakes that people talk about until they’re old and gray. It’s a night full of wonder and fantasy. It’s your chance to dress up and have a fun night out with your friends as you celebrate the end of high school and move forward in your college years. It’s the perfect climax for any teenager’s coming-of-age story. But for some students, their prom isn’t the perfect dance they dreamed of.

The event had been an idea shared between Jacob Kent and a friend in 2017.

“Gayla was founded to be a second chance ball for those who, whether it’s an inability to be with the person they love or being authentic themselves, haven’t had that kind of experience with traditional high school formalities,” Kent said. “That’s what Gayla is meant to be – giving that opportunity to everyone, especially those who are normally excluded from events like these because they don’t fit the cisgender, heteronormative kind of mold.”

Patrick Krueger, one of the Pride Alliance members and planners for this year’s Gayla, said an event like this is important for having a welcoming environment on campus.

“It’s an event where people can just be themselves without being judged,” Krueger said. “It’s important to have an environment, especially an event like a dance, where you can do that.”

“We charged admission in previous years and had it more like a fundraiser,” Kent said. “But right now the focus is on having a big social event that will accept you for who you are and invite your friends to.”

Gayla has a fixed theme. This year the theme is the Enchanted Forest, but there will be no set dress code for attendees. Cordelia Casey, Pride Alliance member and former Gayla participant, said the lack of formal dress requirements creates a safe environment for people to try new things.

“If there are outfits that you wanted to try that you haven’t, if you’re someone who doesn’t normally wear dresses and you want to try dressing up, it’s a really good environment to try something like that,” Casey said. “It’s very safe. And the social and event aspect helps, at least for me and my group of friends.

Casey also commented on how Gayla helps cultivate a positive and affirming environment at COD.

“It’s a great way to socialize with each other around the common struggle of identities that we have,” she said. “The club, week in and week out, does it, but to have an event that feels more like a celebration is very nice.”

Gayla is at 5 p.m., April 22, in Room 2001 of the Culinary and Hospitality Center. The event is open to all students. Refreshments will be served. For more information on Gayla and the Pride Alliance, see Facebook, instagramand Chaplife page.