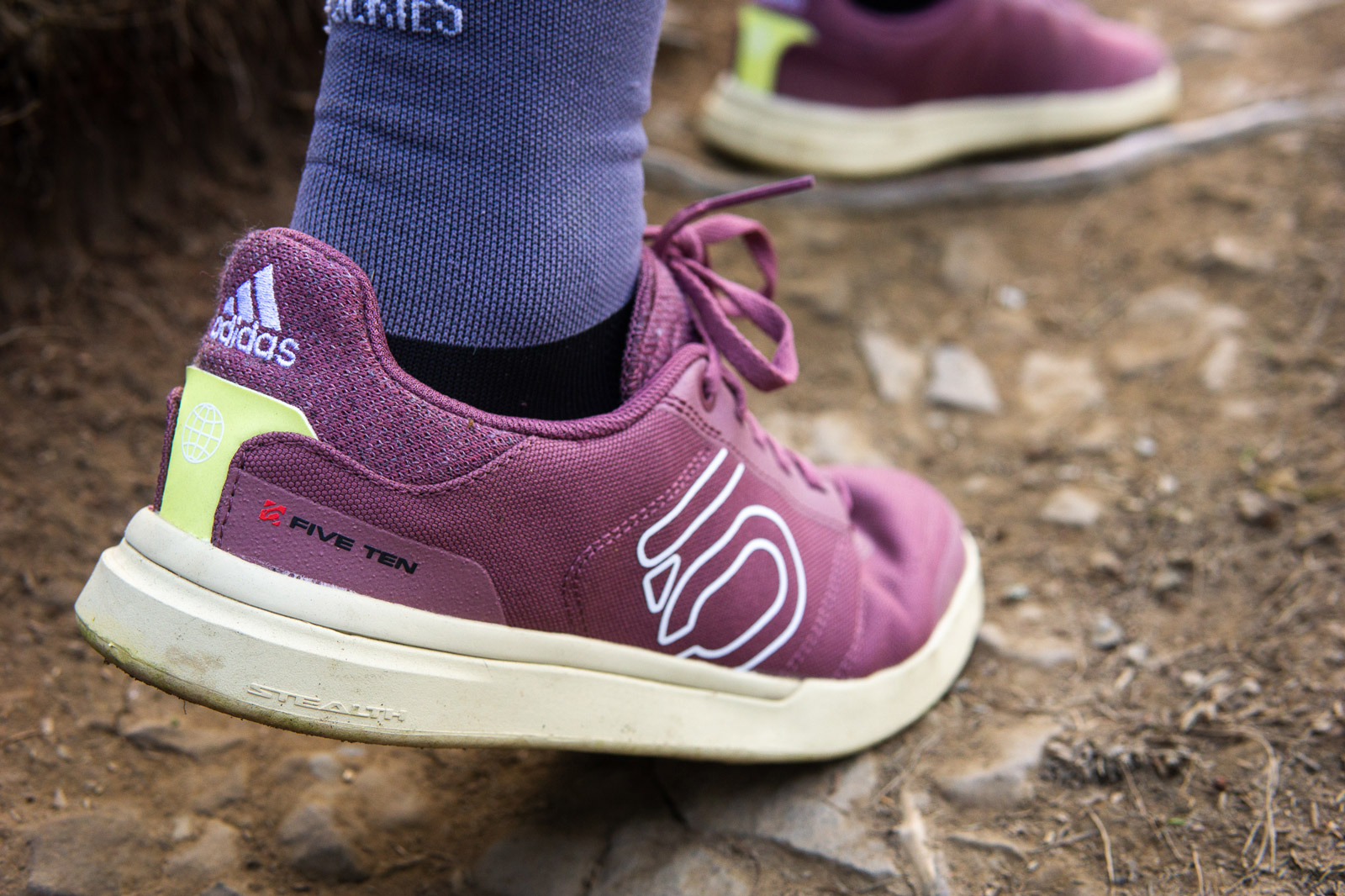 Since obtaining the Five Ten Sleuth DLX Canvas Shoes For testing, I received a number of comments from my riding buddies, including “Did you forget your riding shoes today?” and “Why do you wear your pub shoes for riding?”. It’s undeniable; they look extremely laid back. But that doesn’t mean they can’t perform on the track. 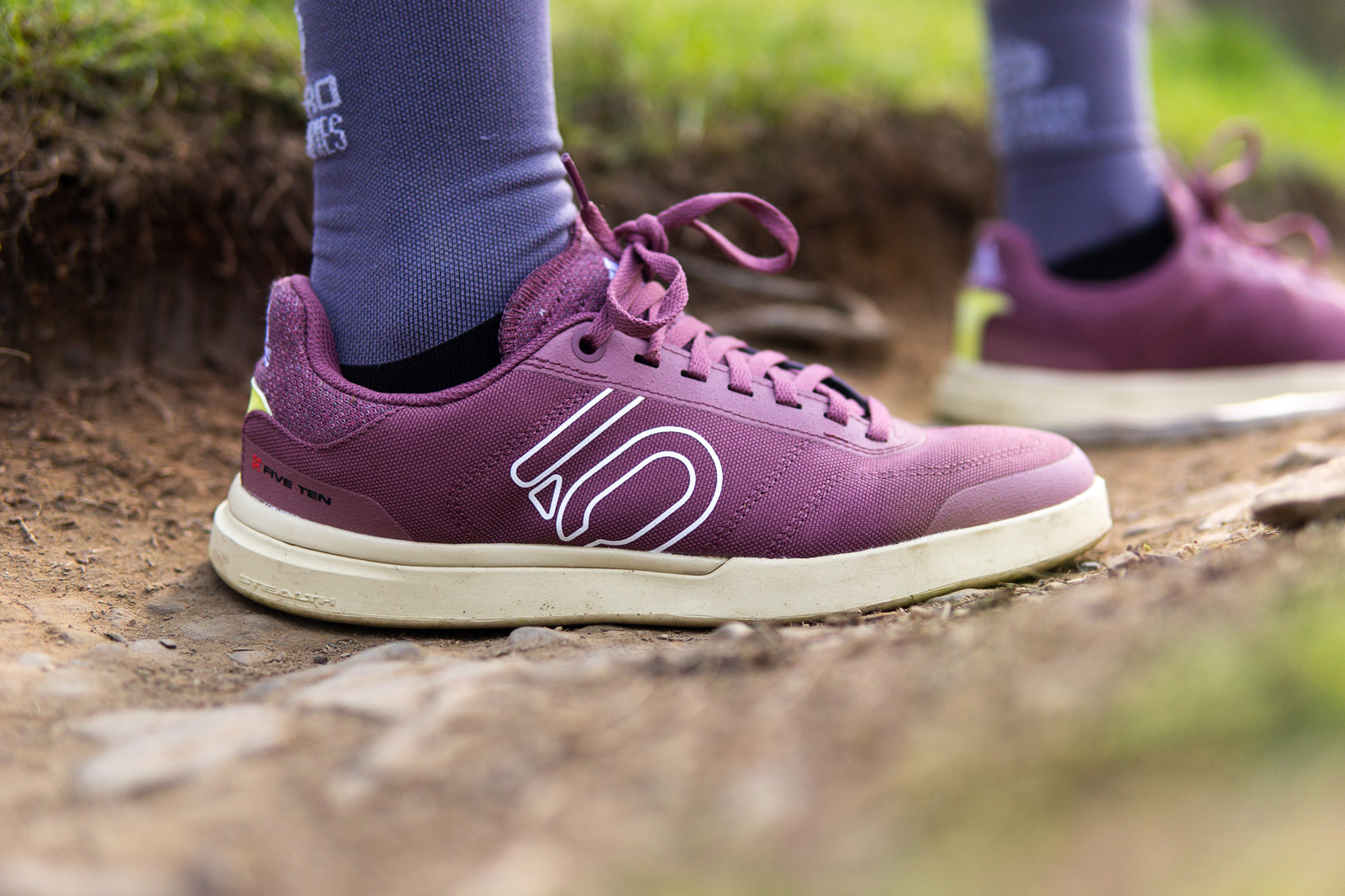 They’ve been in the line for a while, but this latest iteration of the DLX Canvas combines that rubber with an unusual upper material consisting of Parley Ocean plastic; recycled marine plastic waste recovered through Parley’s interception and clean-up operations in the coastal areas of the Maldives. Making shoes with Ocean Plastic isn’t going to clean up our marine habitats, but it could help raise awareness of the threat, and involve people in organized cleanups near their homes.

I spent the last few dry months in Scotland testing the Five Ten Sleuth DLX Canvas trail and enduro shoes. Here’s how they got away with it.

First of all, the size of Five Ten Sleuth DLX Canvas is a bit out of step with the size of shoes from other brands. In almost every other mountain bike shoe I’ve ever owned, a UK 5 fits just fine. With the Five Ten TrailCross Gore-Tex waterproof shoes I tested over the winter, I had to go down to a UK 4.5 for the best fit, and the same goes for the Sleuth DLX canvas reviewed here. 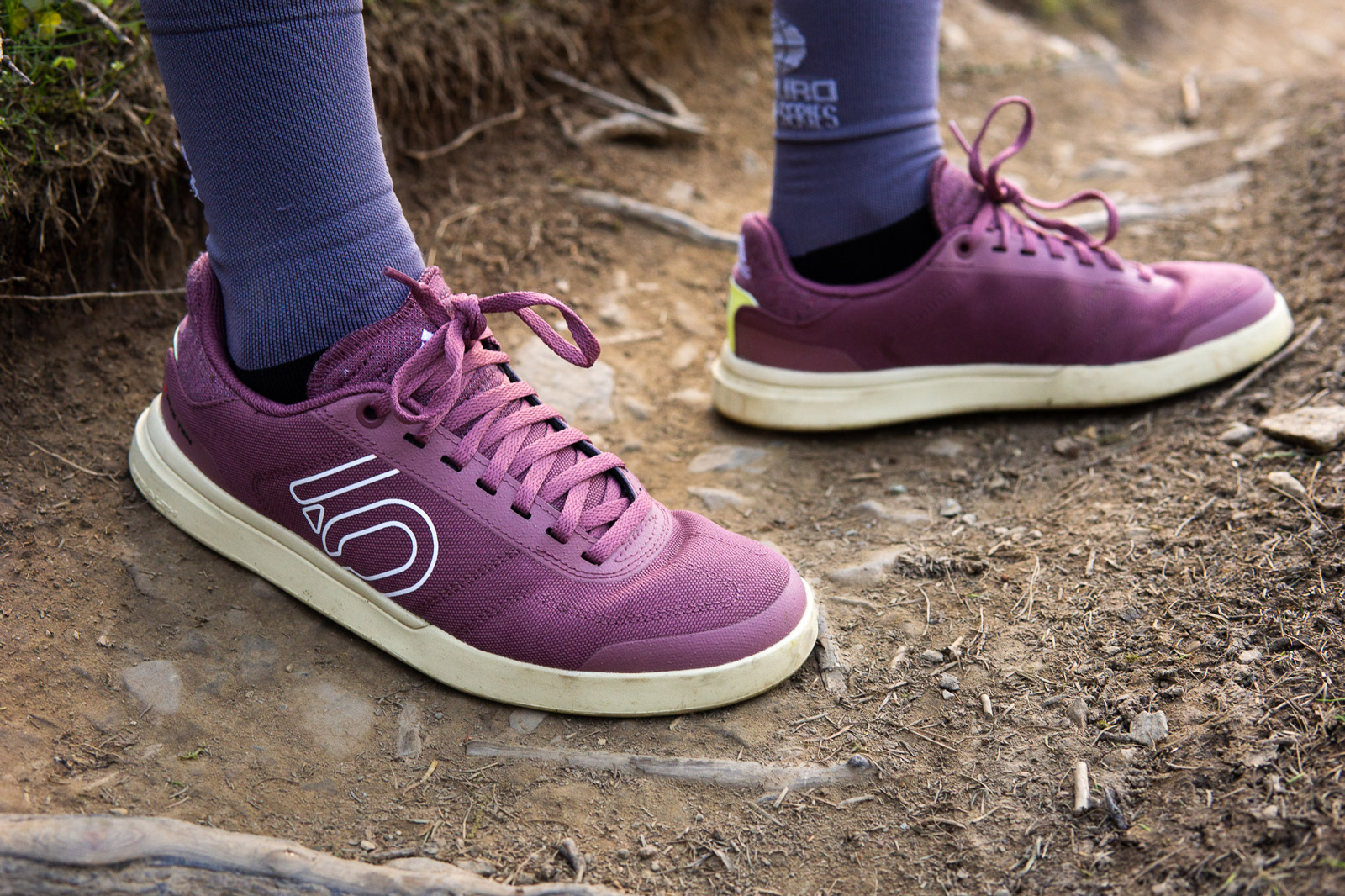 However, Five Ten has a size guide and you should definitely pay attention to it. A UK 4.5 is the recommended size for my 9″ feet, so the guide is perfect. Sleuth DLX canvas is available in UK sizes 3.5 to 9.5 (in half size increments). In the USA, Men’s sizing options range from size 4 to 20, and the Women’s run from size 5 to 15.5.

The DLX canvas is incredibly comfortable, offering what is probably the most flexible sole of any flat pedal mountain bike shoe on the market. As a lighter rider (60kg) I’m pretty happy with that. I find a lot of shoes are just too stiff and don’t allow the sole to conform to the shape of the pedal as much as I would like. examples include older generations of Ride Concepts shoes and Endura’s MT500 Burner Flats (good rubber, though) and the Specialized 2FO DH (great rubber, however). 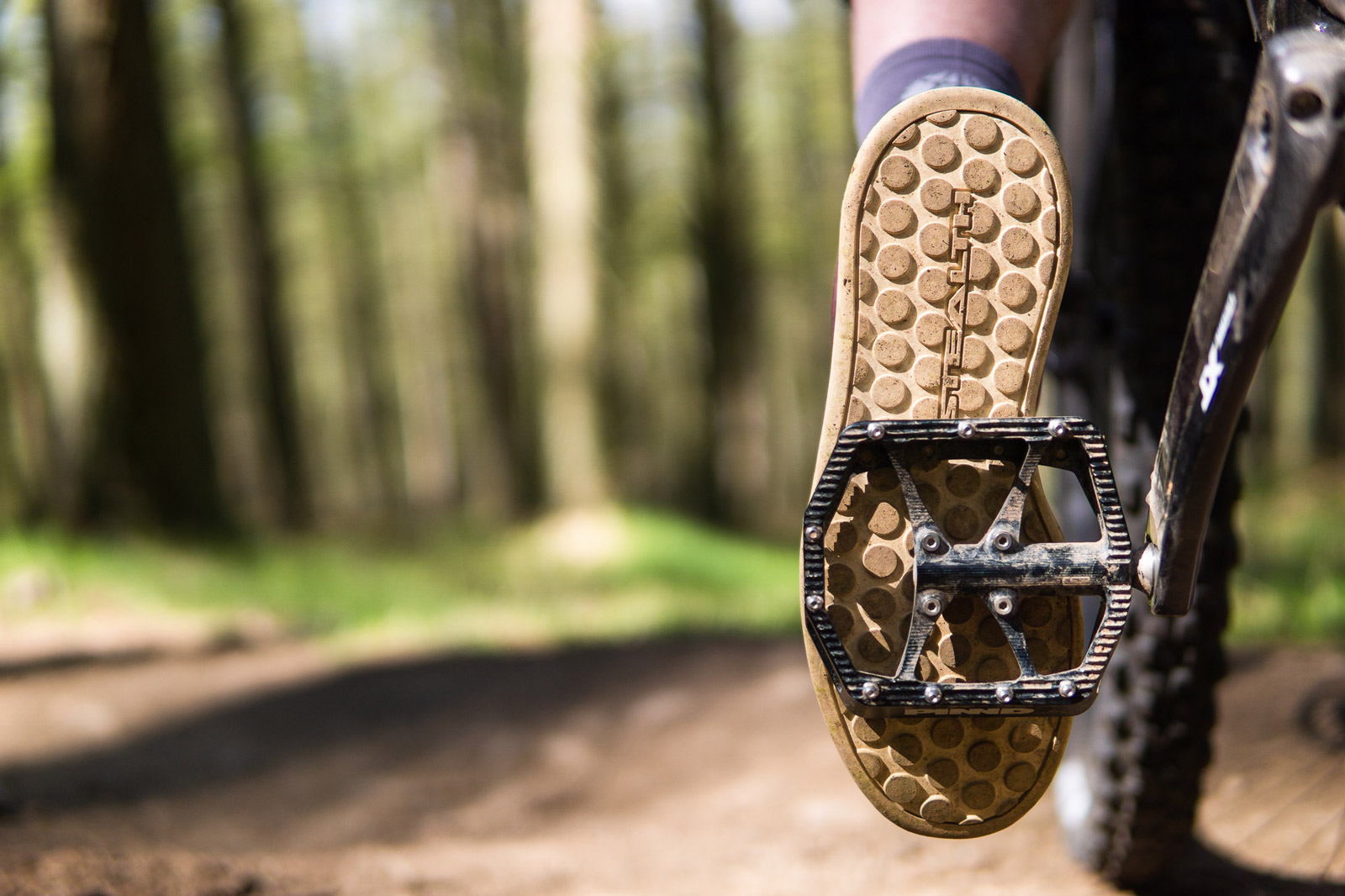 I paired the Sleuth DLX Canvas with the Pinnd CS2 pedals, with the center four pins removed. This gives the pedal a fairly large concavity from the top of the pins sitting along the front and rear edges, and the centerline. The shoe is able to flex enough to fill that concavity, and I can feel my toes flex the shoe more on the first row of pins.

Although it sounds extremely uncomfortable, I can assure you that it is not. I was concerned that the super flexible sole would cause some discomfort and the appearance of pressure points under the foot. During a 40 km day in the saddle with 1500 meters of elevation gain and six challenging enduro stages, my feet remained very comfortable throughout. And, above all, they stayed on the pedals. 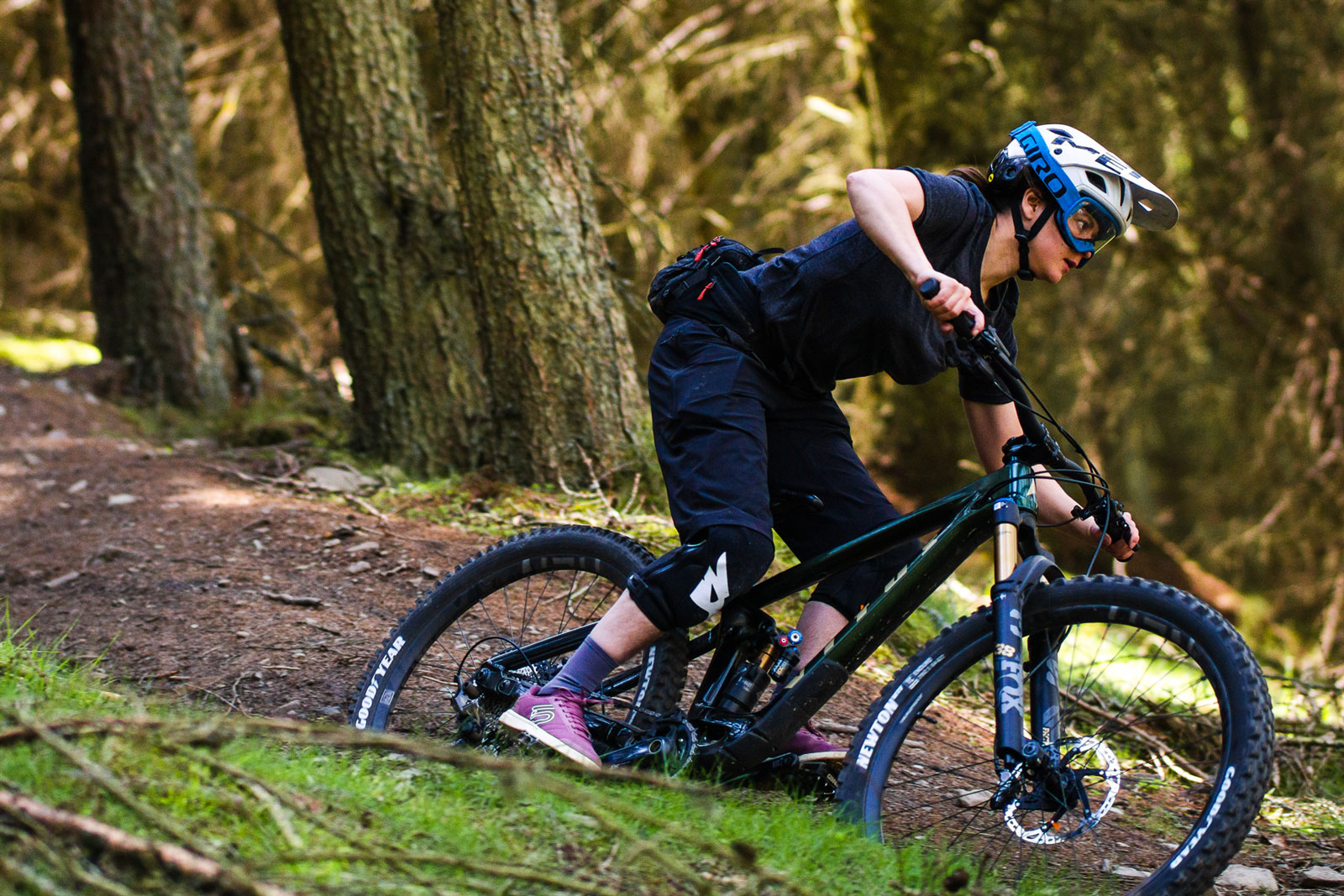 The shoe-to-pedal connection is second to none. Although the friction offered by the Stealth Rubber is partly responsible, I think the flex of the shoe also plays a huge role. I’ve always preferred a shoe with a bit of flex in the sole, as I think it gives me more feedback on how to ride the bike. This feedback is improved on the Sleuth DLX Canvas, and I think it’s great.

For heavier riders I would be concerned about the Sleuth DLX Canvas might be too flexible and not be able to offer the support they are looking for from a mountain bike shoe. 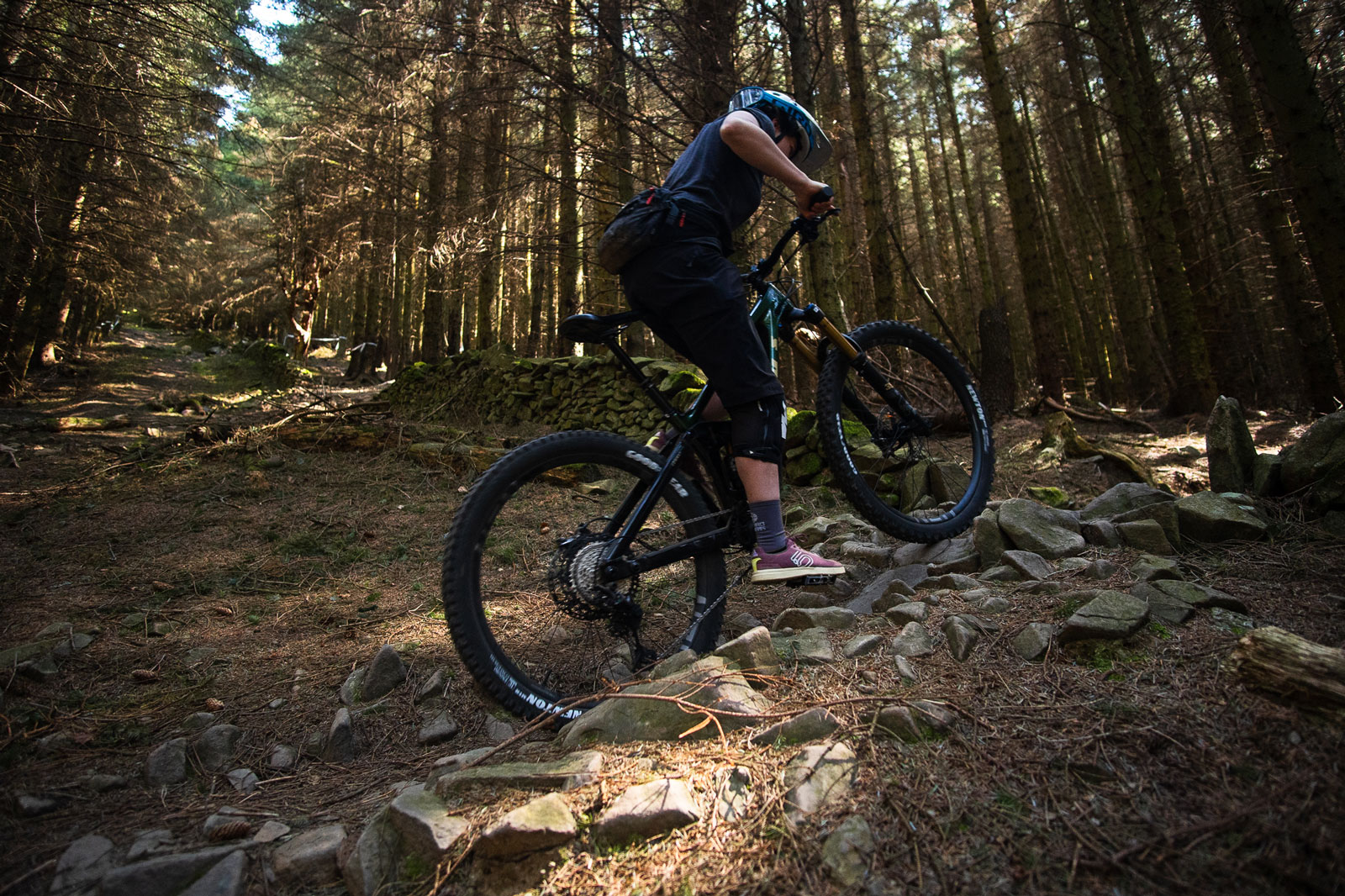 One area where the shoe really lacks is protection. There’s nothing in the way of toe protection from strains or impacts from oncoming rocks, and it leaves me a bit vulnerable in that regard. That said, this is clearly a shoe trying to bridge the gap between trail riding and the laid-back vibe of a post-run waterer, so adding reinforcement around the toe box would likely impact this aesthetic (and would probably make the shoe a bit stiffer).

Another thing I noticed about the Sleuth DLX canvas is that it’s not as breathable as I think a canvas shoe should be. I’m not a material expert, but I wonder if the inclusion of plastic in the upper gives the shoe a greater tendency to retain moisture. In fact, these shoes make my feet feel more than other mountain bike shoes I wear regularly (like the Specialized RIME). 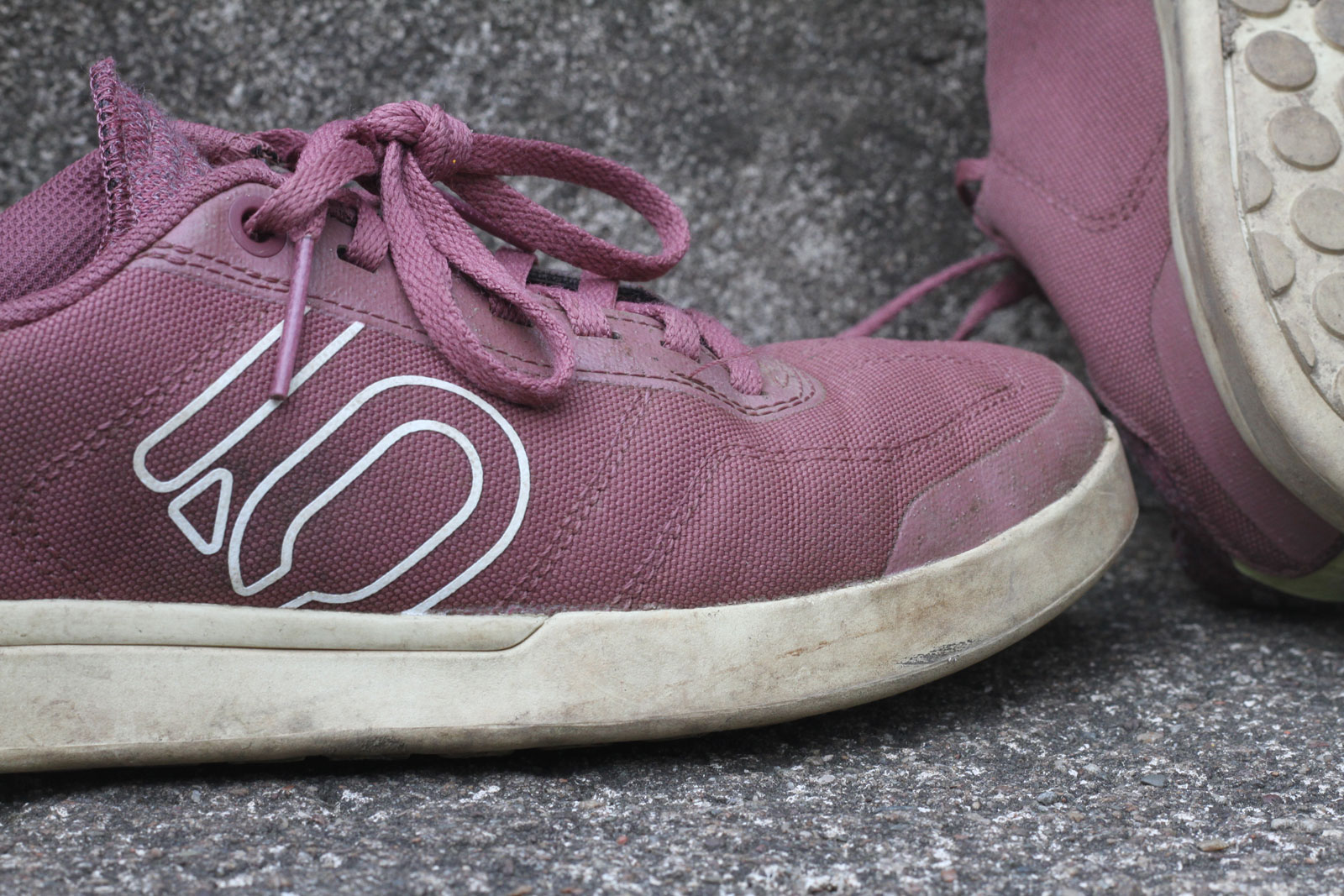 The Sleuth DLX Canvas is not the most weatherproof or durable flat-pedal MTB shoe. For this reason, I chose to only wear them when the trails are mostly dry and dusty. I’ve also taken quite a few walks around town in these (not that you’re supposed to), mostly because they’re so comfortable and have a super laid-back vibe about them. Given how easily the shoe flexes when walking, I was impressed with the durability of the upper material. The material of this articulation area near the toes still shows no signs of wear. 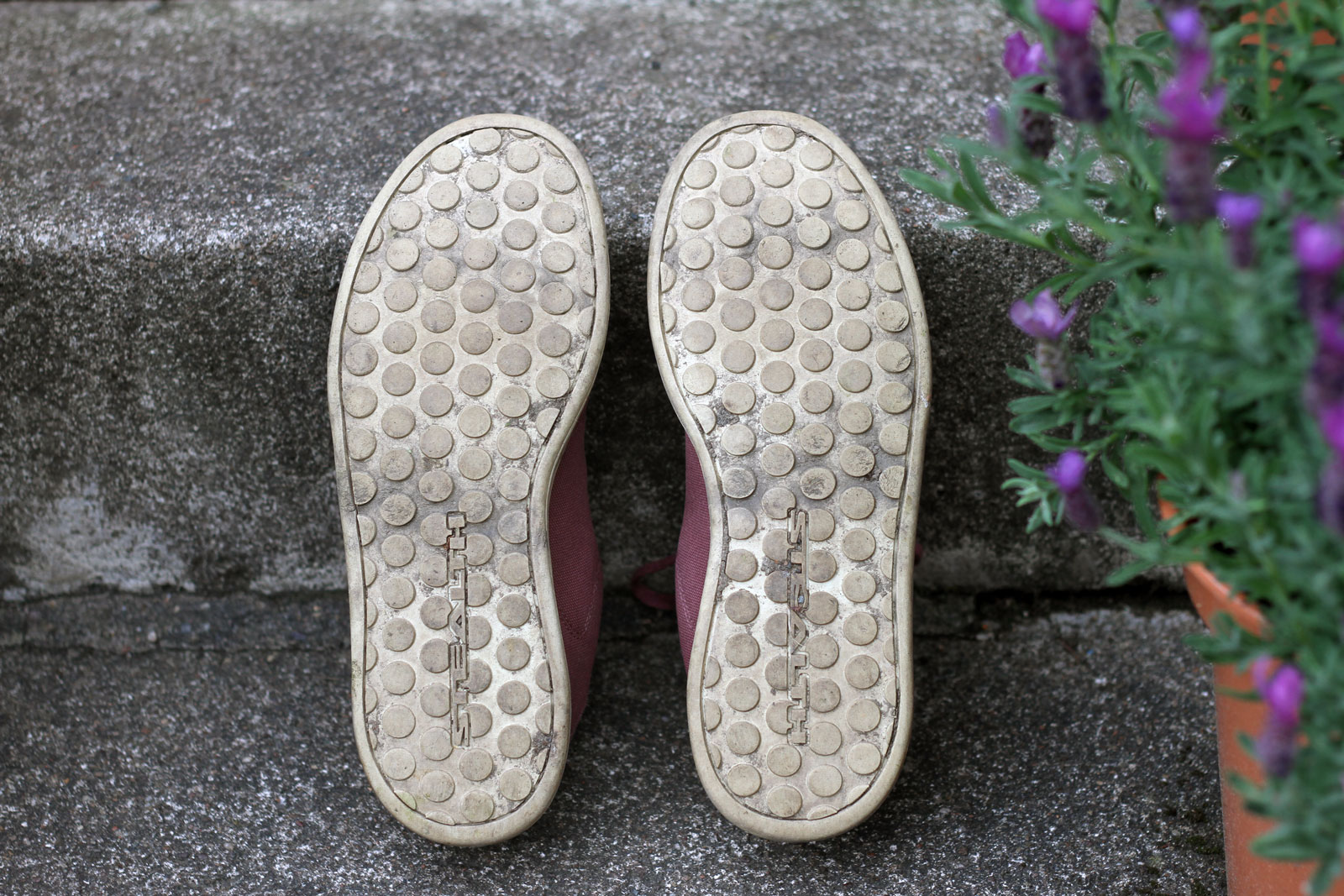 The wear of the sole is however evident. You can very clearly see the abuse being served by the pedal pins. The round “dotty” outsole lugs do a good job of keeping them from tearing and locking the pedal pins for a secure connection, but the areas between the gaps show signs of heavy wear after about 2 months regular riding. That said, the consistency of the shoe-to-pedal connection doesn’t seem to have deteriorated at all. 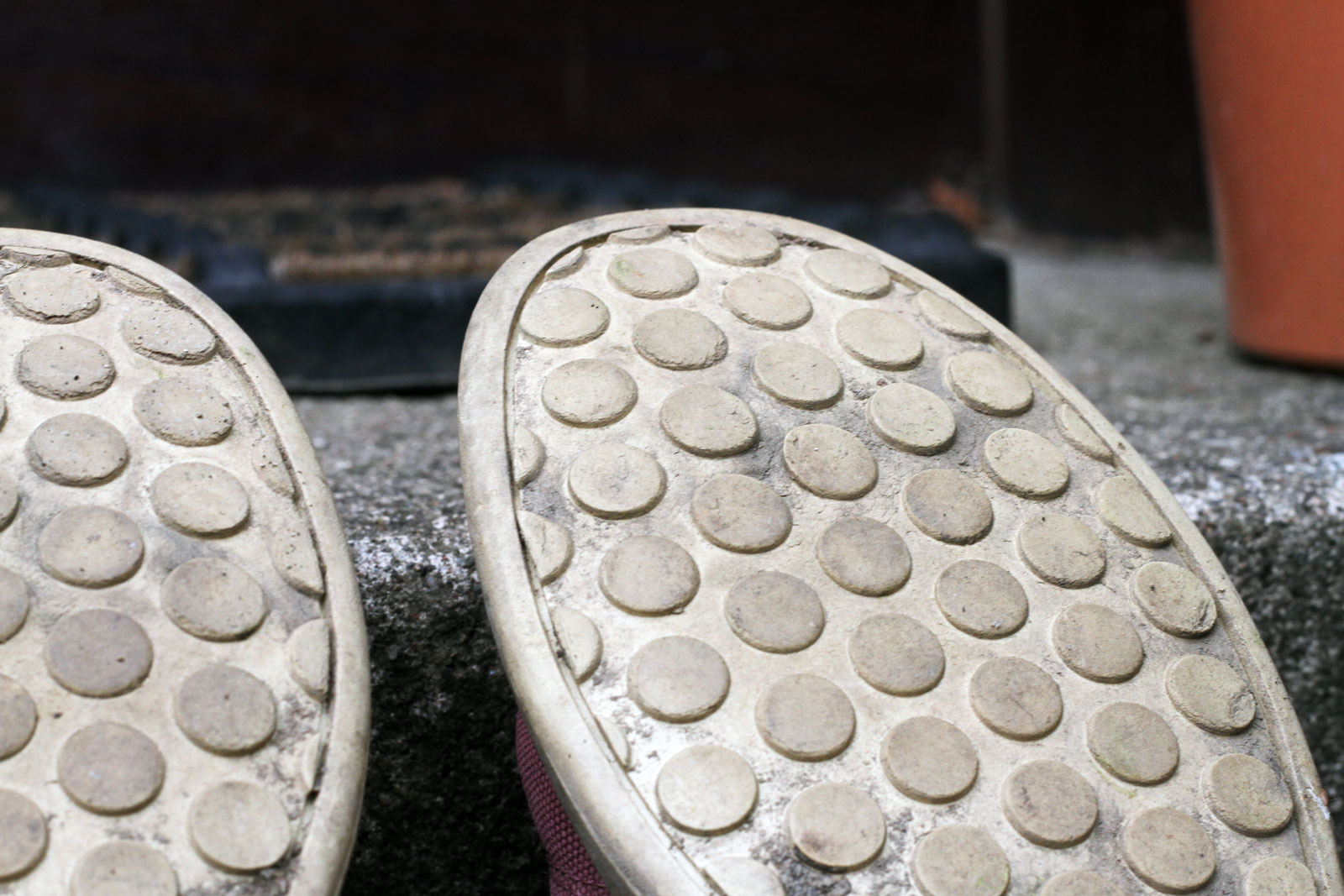