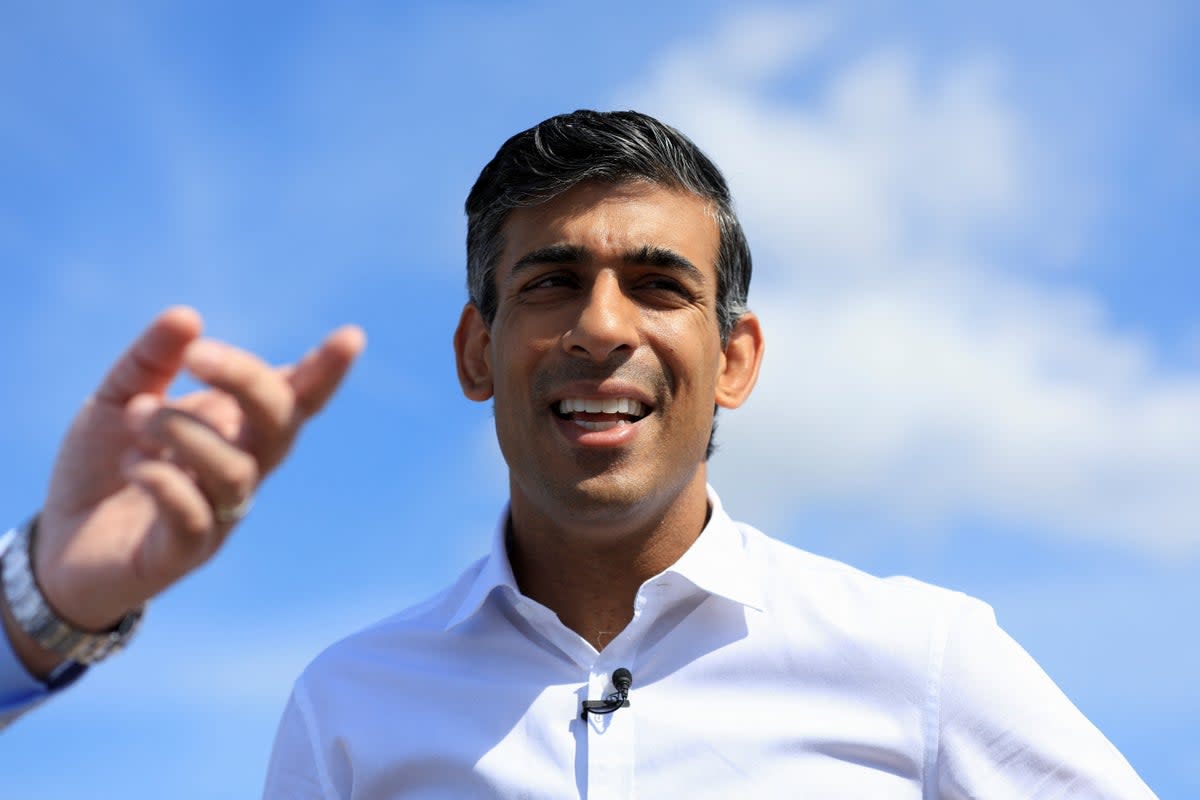 On Saturday, Rishi Sunak wore his £490 Prada brown suede loafers to a construction site in Teesside.

He wore the flashy shoes the same day he went to argue that inflation needed to be brought under control before tax cuts could take place.

The £490 Prada brown suede loafers are worth more than a week’s average wage in the region.

During this visit, where he secured the support of regional mayor Ben Houchen, he rejected accusations that he was a “socialist chancellor”.

“I think the number one economic priority that we face as a country is inflation. I want to get inflation under control because inflation is what makes everyone poorer,” he said.

“If we don’t get this under control now, it will last longer and that’s not a good thing. Once we have done that, I will propose tax cuts.

Tees Valley Tory Mayor Ben Houchen said he was backing Rishi Sunak to be the party’s next leader because he was committed to leveling up.

He said: “The really important thing is that in this leadership race we have to make sure whoever wins is committed to the upgrade program.

“Boris Johnson has done a fantastic job getting started and we can’t afford this to be left behind, and Rishi having engaged directly with me on this and is fully committed to delivering on the upgrade commitment. level that I put to the leadership candidates, considering what he has done locally as well, I feel like he is the right man for the job.

Last week the former chancellor was accused of being ‘out of touch’ when a video surfaced in which he suggested he had ‘no working class friends’.

He then corrected himself, saying, “Well, not working class.”

Sunak took pains on Saturday to highlight his more humble past as the son of a pharmacist.

“I learned the value of hard work in my mother’s shop,” he says.

“I also did my mum’s accounts so you really understand the challenges of trying to make all the numbers add up and what it takes to run a small business.”

The final five contenders will take part in the second televised debate at 7 p.m. on ITV on Sunday.