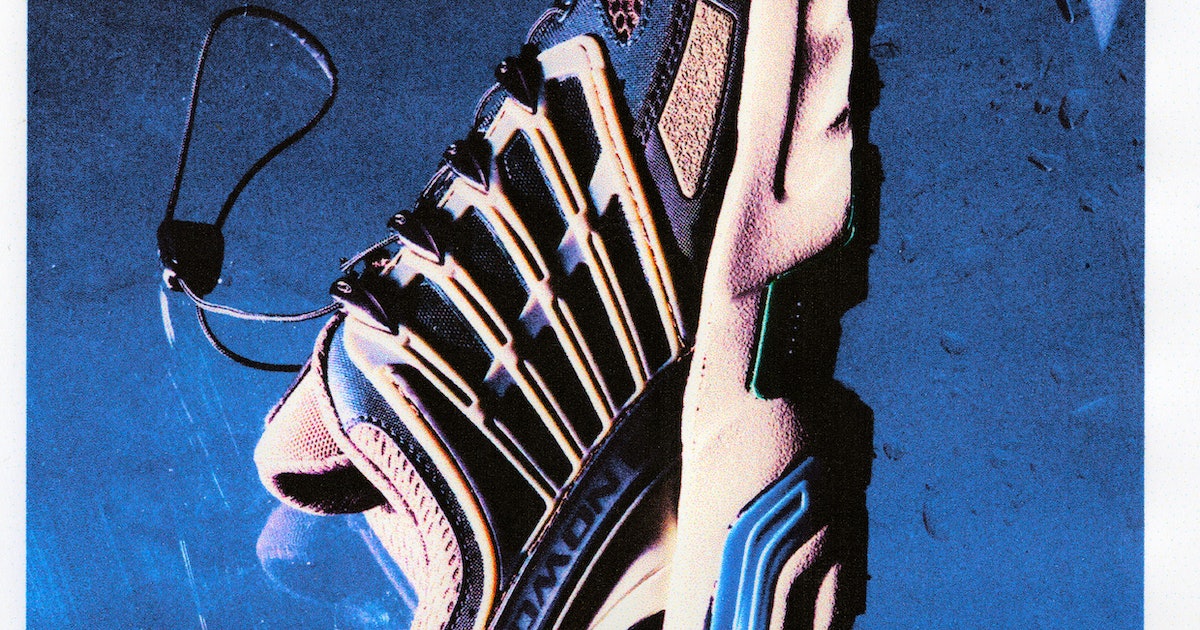 Hot on the heels of its 75th anniversary archive-inspired collection, Salomon Advanced taps deeper into its history with a trio of ACS Pro Advanced sneakers.

The 2000s sneaker not only gets a cosmetic upgrade, but a spec as well. An Agile Chassis system places the “ACS” in ACS Pro to provide a more stabilized ride. A sturdy Kurim structure on the upper provides breathability and comfort, while the skeleton-shaped Kurim cage optimizes airflow through strategically placed vents on the medial and lateral sides of the upper.

While ACS is a key feature, the sneaker is also constructed with a Quicklace lacing system, a mesh upper for even more breathability, and a TPU film upper. The chunky sole provides its wearer with tread and traction, whether they’re hiking the trails or exploring the cityscape, rain or shine.

Complete your cut — The ACS Pro Advanced will come in three seasonal color schemes. The first, an earthy beige iteration, is already on sale. Its sand shades dress the sneaker almost in its entirety, making it an appropriate transitional shoe. Darker versions will follow, with one appearing in dark gray, beige, and magenta, while the other takes on gray, brown, green, and blue.

In preparing for the kicks’ relaunch in 2022, it was important for the Salomon sub-label to align with its “archival tradition,” according to the press release. The ACS Pro, which was influenced by the AGS Pro of the 2000s, is a staple for hikers and streetwear enthusiasts two decades later.

The production comes “from a space where curiosity fuels exploration and encourages ongoing collaboration between the outdoors and humanity,” the brand said. Basically, you should experience everything the outdoors has to offer, and Salomon’s technical footwear will help you do that.

You can buy the Salomon ACS Pro Advanced sneakers on Solomon’s website and some retailers. They cost $230, but for such a sturdy shoe, you’ll probably get what you pay for.