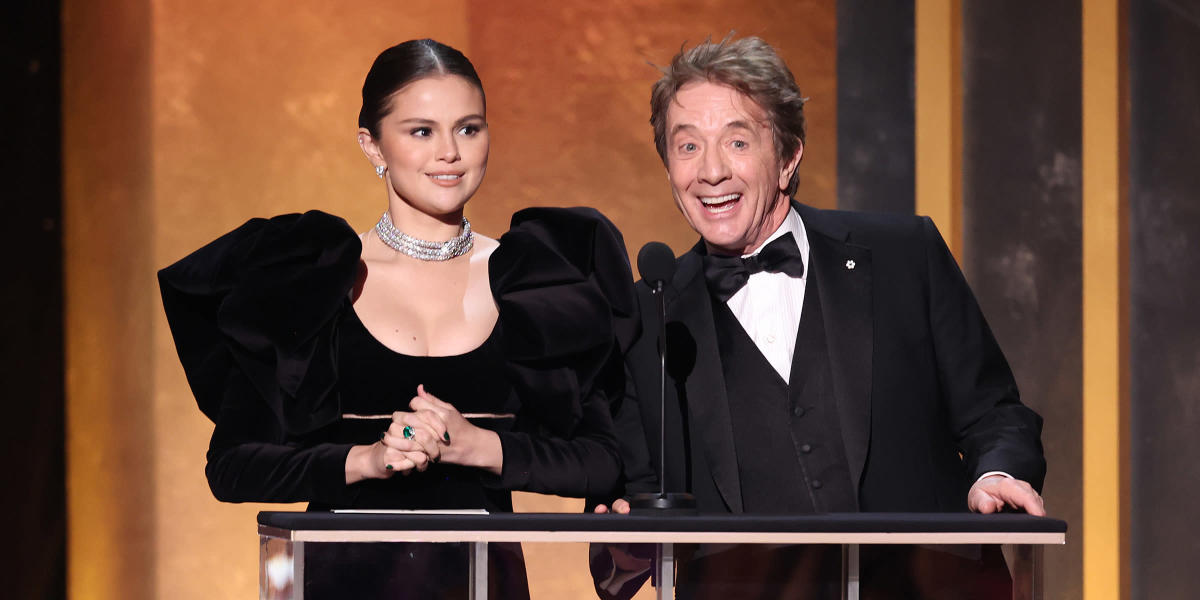 Selena Gomez was down to earth when she presented a Screen Actors Guild award on Sunday night.

The ‘Only Murders in the Building’ star ditched her Christian Louboutin heels and went barefoot while joining comic book legend Martin Short in presenting the award for Outstanding Female Actor in a Supporting Role to Ariana DeBose of “West Side Story”.

“What happened to Selena Gomez’s shoes?” journalist Dave Quinn tweeted with a video of her walking barefoot on stage.

Gomez, 29, dropped his heels after tripping and nearly falling as he walk on the carpet before the SAG Awards Ceremony at the Barker Hangar in Santa Monica, California.

Gomez was grabbed by an attendant before she hit the ground, but she immediately kicked off her heels before continuing on her walk.

Gomez was then seen talking to Nicole Kidman and her husband Keith Urban during the ceremony, her bare feet sticking out of her black velvet Oscar de la Renta dress.

“Selena showing up barefoot is the most Selena Gomez thing ever,” one person said. tweeted.

“Selena going barefoot in front of some of the biggest celebrities is actually the most selena gomez thing she can do. #SAGAwards,” someone else tweeted.

Gomez is the latest actor to ditch the shoes while dressing for the red carpet. Zendaya appeared at the Season 2 photo call for “Euphoria” in January in what appeared to be just white socks and no shoes with her long black and white dress.