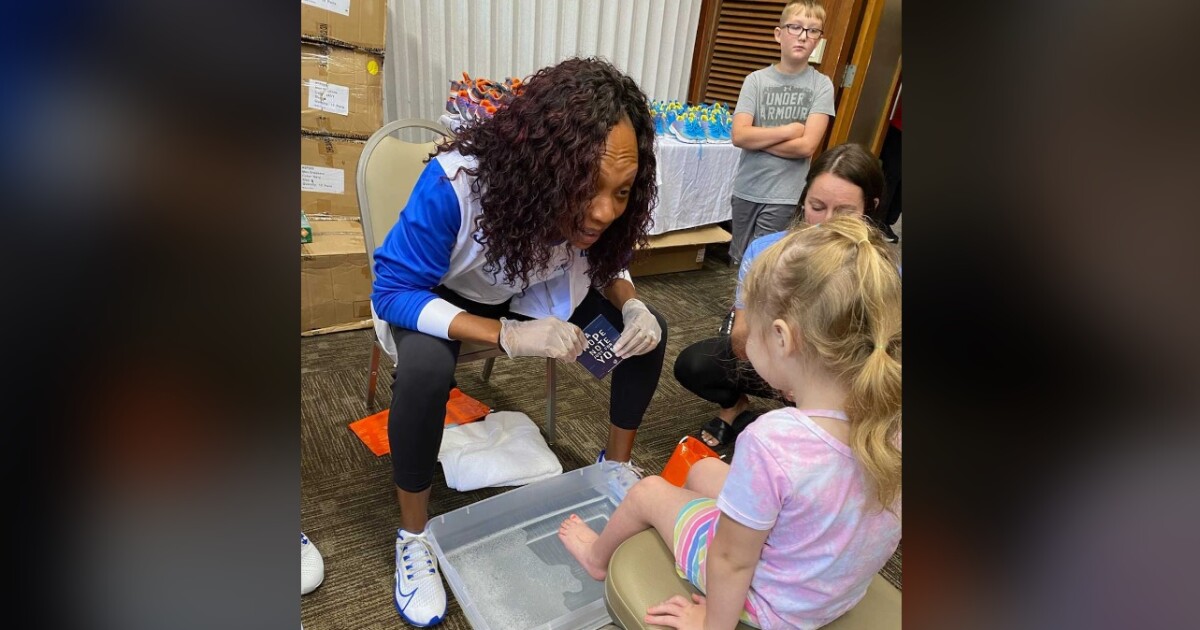 PRESTONSBURG, Ky. (LEX 18) – The focus in Eastern Kentucky has shifted from cleaning up floods to larger projects, including infrastructure, and getting schools ready for opening. But many bases that we take for granted are rare.

Hundreds of people wait patiently in Floyd County for two hours to get new shoes from Samaritan’s Feet and a chance to meet their hero: Coach Cal.

Joined by fellow UK head coaches and Lieutenant Governor Jacqueline Coleman, coach Cal has made it a point to do more than just hand out shoes. They made a move that Calipari hopes will last much longer.

“Jesus washed the disciples’ feet. They thought they were serving him, but he served them,” Coach Cal said. “It’s also a chance for us as coaches to put ourselves below them and say, ‘Hey, we’re here for you. “”

“You know there are better days ahead, and they are strong, and they can get through this,” said Kyra Elzy, head coach of the UK women’s basketball team. “We have a responsibility to the State of Kentucky, so it’s an honor to be here.”

Samantha Rowe and her family don’t have much to talk about these days.

“We basically lost everything we owned,” she said. “It’s like you work your whole life and you just open your door and start tossing everything you’ve worked hard for…just in the trash.”

So for them, and almost everyone here, a new pair of shoes is something to hold on to.

“They lost everything, but it’s a symbolic gesture to say keep walking, regardless,” said Manny Ohonme, founder of Samaritan’s Feet. “Despite their challenge, despite their problems, we believe in them and stand by them. And we hope greater things will come from that.”

After the stop in Prestonsburg, the coaches traveled to Buckhorn to hand out hundreds more shoes… and I’m sure, more hugs too.