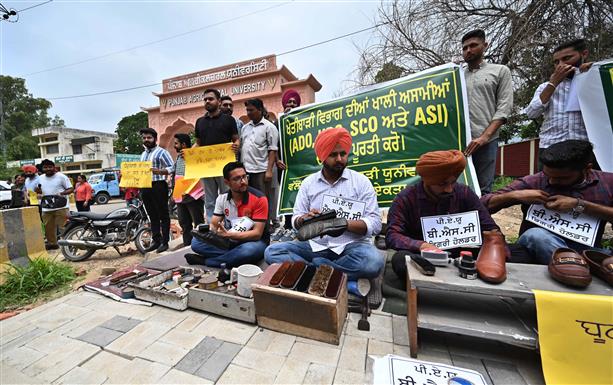 Punjab Agricultural University (PAU) students today protested against the government over vacancies in the Department of Agriculture and Horticulture. In protest, students today shone shoes while settling outside the campus gate and also sold vegetables on campus.

The students said that since the government does not classify positions, they will have no job but to do meager jobs like these, so they are preparing for that.

“The government had promised to fill all vacancies but nothing has been done so far. We were pursuing this with the previous government as well and they did not listen to our grievances or the current government,” he said.

The students further said that they will continue the agitation until their demands are met and they can also start a chain hunger strike.