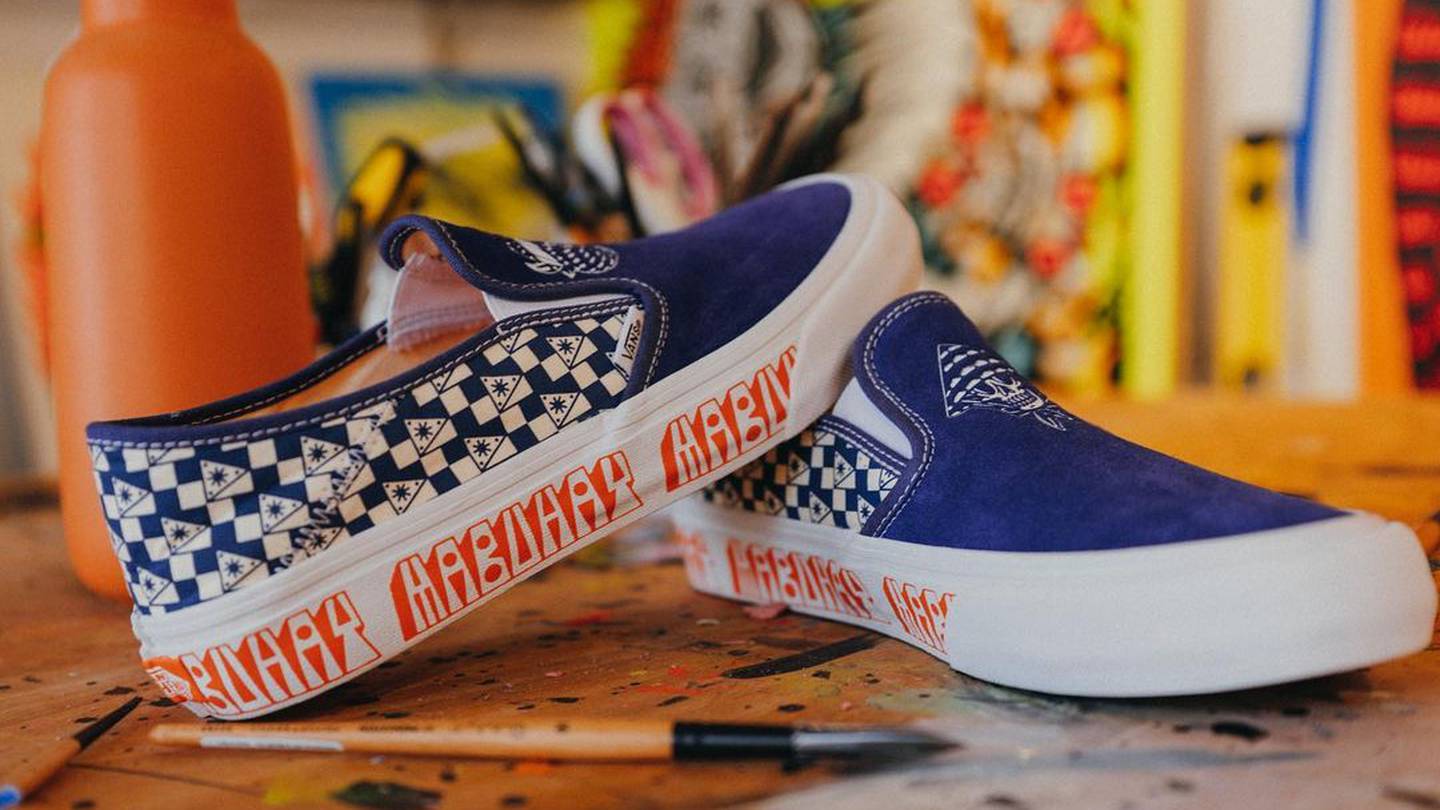 Filipino-American artist DJ Javier has teamed up with Vans on a series of shoes inspired by Filipino culture.

Although he grew up in Southern California, the multidisciplinary artist, whose work blurs the line between graphic design and fine art, was keen to incorporate emblems of his heritage when Vans asked him to create new versions of the Sk8-Hi top and the all-new VR3 SF Slip-On Surf Shoe.

To decorate the new shoes, Javier leans on traditional Filipino motifs. For the high-end Surf Sk8-Hi, this includes a water buffalo – called a carabao in Tagalog – to symbolize the hard work and resilience of Filipinos. It’s nestled among the skulls on the shoes’ outer ankle, while the Philippine national flower, the sampaguita, is sketched on the inner ankle.

Surrounding the outsole is a blue and white pattern derived from the flag of the Philippines. He takes the flag’s triangle, which contains a gold sun with three stars, and redraws it in blue and white. Now running in repeat around the shoe and using Vans’ checkered pattern, Javier calls the new design “checkerbayan”.

The new Surf Slip-On VR3 SF is also decorated with skulls, as well as an image of a Filipino warrior and the word “mabuhay,” running around the outsole. Meaning “long life” in Tagalog, the term is used as a greeting, toast or as an expression of well-being.

In addition to cultural references, the shoes have new construction methods, including uppers made from 50% organic cotton and 50% responsibly sourced renewable cotton canvas. The leather comes from a tannery with a gold or silver label for environmental responsibility, awarded by the multi-party auditor, the Leather Working Group.

Inside there is an EcoCush footbed. It’s made with 25% bio-based Eva foam, partially derived from plant-based sources, while the outsole is made from an all-new rubber compound, free of petroleum-based chemicals.

Priced at $105 for the tops and $85 for the slip-ons, anyone hoping to pick up the new Vans x DJ Javier shoes will need to be quick because they’re selling out fast.