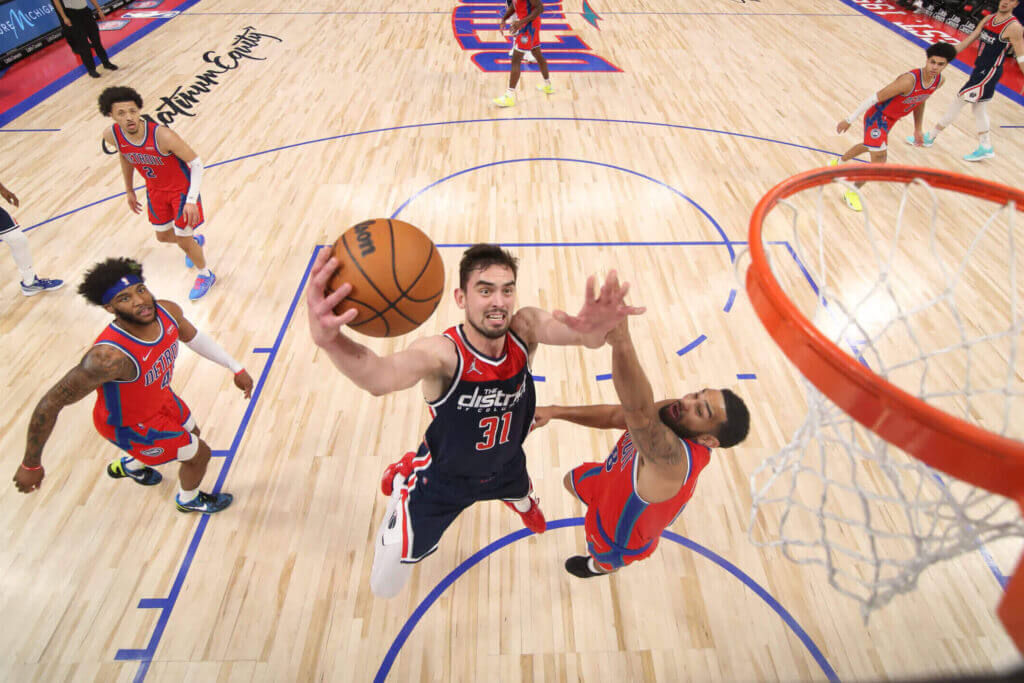 Tomas Satoransky heard a fan call his name about an hour before the national anthem on Friday night and looked in that direction. It was a 12-year-old boy, and the child was holding a white bulletin board. In capital letters, one could read: “STONE, PAPER, SCISSORS. IF I WIN, I GET YOUR SHOES. IF YOU WIN, YOU GET MINE.

Satoransky thought the sign was clever. So when Satoransky finished his first shooting routine, he headed to the stands and met the boy, Jace Wilson of Farmington, Michigan.

Satoransky chose paper. Jace picked up scissors. This made Jace the winner.

The Washington Wizards fullback promised to return after the game and don his sneakers, a red pair of Adidas Damian Lillards. “I’ll probably end up putting them in a display case and then to give me confidence, just looking at them every day reminds me that he did this,” said Jace, a shooter himself.

In the few hours that followed, Satoransky made the moment even more special – not just for Jace but for wizards as well. Satoransky made his first start for Washington since the team signed him Feb. 28 and helped the Wizards beat the Detroit Pistons 100-97.

Satoransky’s stat line may seem disappointing at first glance – in 29 minutes he scored six points – but he has stabilized the Wizards, especially on the defensive end.